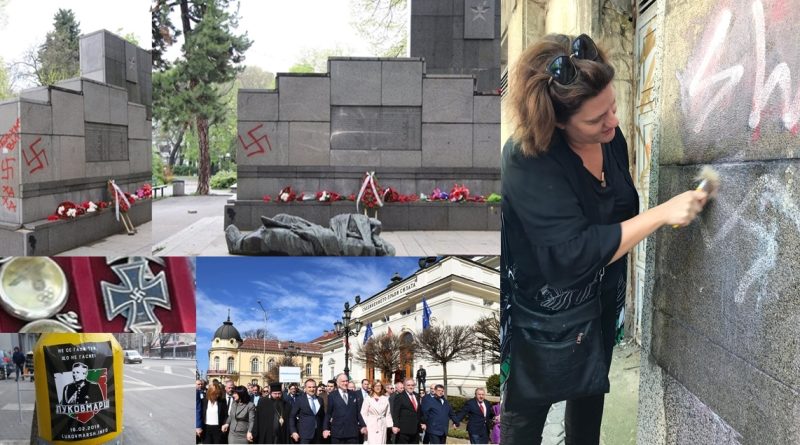 From the annual Lukov March to online abuse to vile graffiti and the sale of Nazi memorabilia in tourist resorts, it is clear that Bulgaria has much to do in the fight against antisemitism.

Yet it is a fight being hampered by attacks on those trying to get something done – attacks hardly only from the side of antisemites, but from quarters insisting that they are the true warriors against antisemitism.

This has resulted in a struggle on two fronts – first, the one against antisemitism, being fought by Bulgarian Jewish organisations representing the majority of the community and key people in the country’s institutions, with sincerity – and second, one being fought of necessity with those who detract from these efforts.

Bulgaria has much to do in the fight against antisemitism, but it is untrue to claim that nothing at all is being done. Yet this is precisely the claim that those who detract from the efforts by the Organization of the Jews in Bulgaria “Shalom” and by institutions of state and government make.

To win the fight against antisemitism, first is required an acknowledgment that it is a problem present in society, and then to have a working definition of what the term antisemitism means. Then follows not only raising awareness in society, but also building alliances to work together against antisemitism – and for that matter, other forms of intolerance and hate speech. In turn, then follows action by the legislature, the executive, law enforcement and judiciary.

In 2017, the Bulgarian government adopted the International Holocaust Remembrance Alliance’s working definition of antisemitism, while simultaneously appointing, at deputy minister level, a national co-ordinator of the fight against antisemitism. The incumbent, Deputy Foreign Minister Georg Georgiev, has been responsive in responding to complaints of antisemitic incidents and imagery such as Nazi graffiti and the sale of Nazi memorabilia.

Recent months have seen incidents of daubing of antisemitism imagery and slogans on various monuments in different parts of Bulgaria, not only capital city Sofia but also other cities and towns, as well as desecration of Jewish graves. Municipalities alerted about such incidents have been swift to respond, to cleanse the vandalised objects.

In cases where Nazi memorabilia and pro-Hitler souveniers have been found on sale at holiday resorts, the Interior Ministry and municipalities have responded by confiscating the goods and, in one very recent case, shutting down a “retro” photo booth which offered tourists the “opportunity” to have their photographs taken in SS uniform.

A campaign inaugurated in 2018, Sofia City of Tolerance and Wisdom, has seen, with the assistance of national and Sofia municipal institutions, signatories state their joint commitment to fighting intolerance and standing for a society where mutual acceptance is the norm, differences such as those of ethnicity and faith notwithstanding.

Shalom has embarked on alliance-building in the fight against antisemitism and other forms of intolerance, including with other Jewish organisations in Bulgaria. It also has been active in working with international partners such as the World Jewish Congress and the American Jewish Committee – just one example of many being the global petition calling for a ban on the Lukov March.

In September 2018, at a meeting at Shalom’s national headquarters in Sofia, a number of Bulgarian Jewish organisations pledged unity in the fight against antisemitism.

All of these steps hardly mean victory in the fight against antisemitism. The Lukov March goes on, using courts of law to overturn mayoral bans of the neo-Nazi event. Nazi memorabilia continues to be found at souvenir stalls. Hate speech endures on social networks and in some sections of the media. Both the incumbent and probable future Prosecutors-General have stated commitments to effectively prosecuting antisemitism, while action by the legislature to toughen the laws and penalties is still awaited.

Within the community, one of the organisations that pledged alliance with Shalom instead recently has attacked it.

In a Facebook post, in Bulgarian, notably translated also into English, B’nai B’rith Bulgaria said: “Sofia is a unique and beautiful city. Sofia is also the only European capital whose ideal center of municipal administration has space for the spreading of Nazi symbols. Swastikas and hate speech have become long-standing elements of the cityscape.

“It is high time that the encouraging ‘indifference’ of the municipal administration to just another violation of the law was a way to end in practice, instead of being conceived by projects like ‘Sofia – a city of tolerance and wisdom’,” the Facebook post said.

Recently, a senior member of B’nai B’rith Bulgaria posted on his page that “Bulgaria is the most Nazi-friendly country in Europe” – a claim as startling as it is inaccurate and discouraging.

In a separate post, B’nai B’rith also alleged that Shalom had endorsed the policy concept of ultra-nationalist party VMRO, a partner in government, on the Roma community – a policy concept that its critics decry as anti-Roma.

We categorically distinguish ourselves from such behaviour and find it shameful and reprehensible,” B’nai B’rith Bulgaria said.

Swiftly responding to this recent post, Shalom pointed out in a Facebook comment on B’nai B’rith Bulgaria’s allegation that it had in February 2019 issued a formal position – providing a link to the original – on the VMRO policy document on Roma.

Shalom’s official position in February denounced the document as racist, as diverging Bulgaria from its European path and Nato membership, and as likely to give succour to the extreme views of hatred represented by the Lukov March.

Shalom called on the Bulgarian Parliament not to even consider the VMRO policy document – hardly a stance that could be read as endorsement.

In any community, internal differences of opinion about strategy and tactics on an issue are hardly unknown, and the Bulgarian Jewish community is no exception. Debates about tactics are one thing, however, and detracting from legitimate and determined efforts in the fight against antisemitism is another.

Among the Jewish organisations in Bulgaria, Shalom is by far the largest and most representative. Antisemites must know it to be their principal enemy in the country – and going by some online posts, they do. They must also know that there are senior people in state institutions keen to cure the poison peddled by neo-Nazis in Bulgaria and those from abroad, such as the groups who travel to parade in the torchlit procession of the Lukov March. One may only wonder how those who worship Nazis and hate Jews must look on the infighting that detracts from the fight against them.

(The photo montage depicts defacing of a monument in Bulgaria with swastikas; Nazi memorabilia; a flyer advertising the Lukov March; and also the March of Tolerance organised by Shalom and other organisations, including Sofia municipality; as well as the initiative by Shalom and Sofia municipality to clean Nazi graffiti off walls in central Sofia)

September 20, 2016 Richard Gowan of the European Council on Foreign Relations

Bulgaria elections 2017: Borissov is vulnerable over political decisions, less so the economy 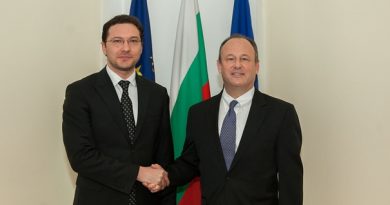 US ambassador: ‘Promoting economic growth is one of my top priorities’