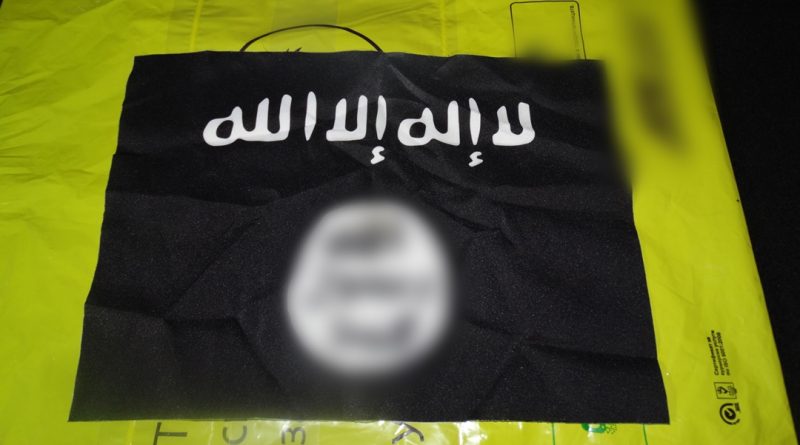 Let me begin with disclosure: I am no expert on terrorism, nor on child psychology, and nor am I a lawyer. In that framework, allow me to pose my questions about the child alleged to have planned an act of terrorism in the Bulgarian city of Plovdiv, and the matters of law appended to the case.

As the prosecutors and security services have it, the child in question – a 16-year-old – was found in possession of already-prepared and in-preparation home-made explosive devices. His intention was, it is alleged, to have detonated these in the centre of Plovdiv, this summer customarily crowded with tourists.

The materials found, the prosecutors say, amounted to seven times the amount that was used seven years ago in a terrorist attack on Israeli tourists at Bourgas Airport on Bulgaria’s Black Sea. In that attack, five Israelis, a Bulgarian, and the bearer of the bomb, died. In the case of the materials found in the rooms used by the Plovdiv teenager, the fatal effect may only be imagined, with horror and revulsion.

Two days after the June 6 detention of the Plovdiv teenager, Bulgaria’s Prosecutor’s Office, the State Agency for National Security, and the Interior Ministry, held a special news conference on the case. Not long after the news conference, which was told that the teenager had been under the influence of the so-called “Islamic State”, Bulgaria’s authorities made available photographs of the improvised explosive devices, manufactured with materials readily available to the public, including to a youth who, we are told, had explained away his activities with a purported interest in chemistry.

Whatever the shortcomings of the functionings of the Bulgarian judicial system, the country’s laws against terrorism, or at very least, attempted murder, or the intent of such, are fairly clear. Bulgarian statute, understandably, takes the matter seriously.

An affiliation, however defined, with the terrorist group the “Islamic State” – however much it may take credit for murders of which it may have had no foreknowledge – and, in common law, the materials to commit murder, might be compelling evidence in any court functioning according to the accepted and received principles of Western law.

In simple principle: In the house in which I live, there is a pizza-cutter, and a fondue set. Pizza is periodically ordered, and less seldom, made in the oven. Fondue has been made all of once. Yet we have the means to cut pizza, and make fondue. We may do both again; it is a rebuttable presumption, as the lawyer chappies say, that we will. How much more compelling, in the eyes of a court, materials assembled with no other plausible explanation than the destruction of human flesh? Were I prosecuting, which as noted I am not qualified to do, I would challenge the court to find credible any explanation other than mass murder, nay terrorism? In short, possession, whether a pizza-cutter, fondue set or pipe bomb, may be argued to imply intent.

The court, in its wisdom, found that the youth should be released into what Bulgarian law terms pedagogical supervision. In short, this alleged recruit, active or passive, to the murderous cause of the “Islamic State” is to be questioned by psychologists, sleep in the home of his parents, and attend his school, already described – including by prosecutors – as one of Plovdiv’s “elite schools”.

With respect to the decision of the court, and taking into account the stated misgivings of prosecutors, it seems a – let me put this very gently – notable decision. The means and motive to commit mass murder might have guided another bench to another decision.

Let us hear from counsel for the youth, who described his engagement with the “Islamic State” and its nefarious propaganda as “youthful curiousity”. Let us hear counsel for the youth speak, as he has done, to claim that the alleged bomb-making materials had been around for some months, unused. With respect to counsel, so is our fondue set. That it is not presently being used, does not mean it would not be again, presumably with less fatal intent.

But hark. The youth, we are told, is not only a pupil at an elite school, but also from a “good family” whatever on earth that is supposed to mean. Not only that, so counsel would have us hear, the family is Christian and there is no evidence that the youth had accepted Islam. Let us parse that; those who cannot equate terrorism with anything more than one particular faith are wilfully ignorant of the history of, say, Ireland. Those who cannot equate the alleged finding (photographs available) of bomb materials with alleged communication with the “Islamic State” may have a problem with logic. Especially given that, as prosecutors tell us, the materials have equivalence with those used in terrorist attacks elsewhere in Europe, including at Bourgas Airport in July 2012.

Let me state a fact. I was in Plovdiv on the Saturday morning that the news broke of the alleged planned attack, and privy to conversations about the matter. One of those conversations dwelt on the topic of the youth being from a “good school”, and a “good family”, and thus released to continue at his school, whereas Bulgaria’s laws might suggest that the means, method, opportunity, motive (unknown and incomprehensible) would lead to other alternatives, in the view of a court. Subtly put, there was a certain cynicism in these conversations.

It was a good Saturday to be in Plovdiv, a long, hot, sweltering Saturday. Good in the knowledge that the authorities, responding swiftly to a tip-off, had detained the bomb-maker and found the bombs. Strange in the knowledge that somewhere in that ancient city, the story of a teenager was unfolding, one that may never fully be told. One whose first name – it will not be repeated here – already is in the public domain, through certain media. One who is said to be from a good school, a good family, and who is alleged to have made bombs that could have killed more than dozens, and now is said to be the subject of a path to rehabilitation.

To end where I began: I am no expert on terrorism, nor child psychology, nor law. I may have a suspicion that we will hear more, much more, about the teenager, things being the way they are, especially now that his first name is on the internet. All in all, it is a case at very least curious, and a narrative, probably, not over, and in the court of public opinion, rather than a formal court, perspectives will differ.

Briefing the media on the early afternoon of June 8, Deputy Prosecutor-General Ivan Geshev said that the case was not merely a matter of a pre-trial investigation, but of a personal tragedy. He was referring to whatever had transpired with that youth. We may be grateful, had those bombs ever been used, if alleged intent ever had turned into bloody reality, not to be looking on many more personal tragedies, as in every act of terrorism.

The questions stand. Whether the full story will emerge is another, unknowable, matter.

(Photo: an ‘Islamic State’ flag found, among other materials including home-made explosives, in the rooms used by the youth: Bulgaria’s Interior Ministry) 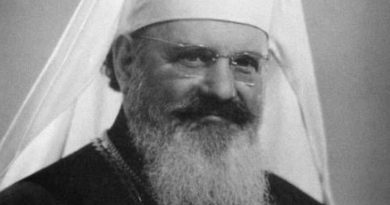 Borissov’s GERB has most support but slipping, BSP still a poor second but gaining – poll