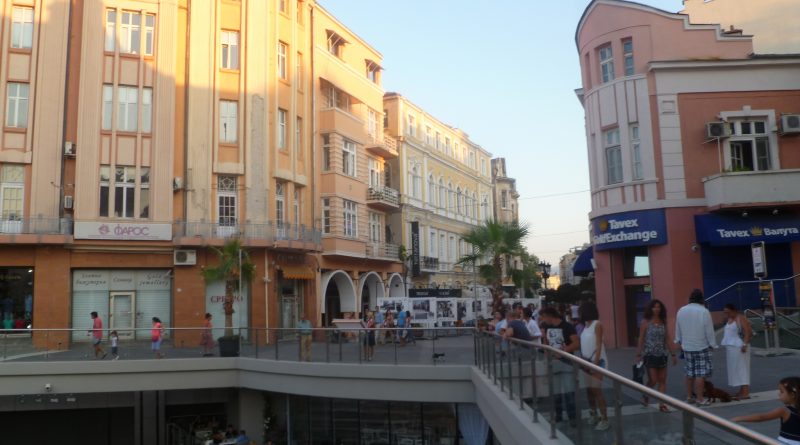 A 16-year-old boy who had been preparing a bomb attack in central Plovdiv had been recruited by the “Islamic State”, Bulgaria’s Deputy Prosecutor-General Ivan Geshev told a news conference on June 8.

The teenager was arrested on June 6 in a special operation by prosecutors, the State Agency for National Security and the Interior Ministry, following a tip-off to authorities by “a source close to the child”.

In a search of two rooms used by the boy, explosive devices, ready and under preparation, were found. Also found were reading material and an “Islamic State” flag.

One of the devices found was a “tube bomb”. There were also 14.5 kilograms of a substance used in terrorist attacks in Belgium and in France, and in the July 2012 terrorist bombing attack against Israeli tourists at Bulgaria’s Bourgas Airport. In the Bourgas Airport attack, two kg of the substance were used.

Geshev said that the case involving the child was an individual one and it was not a matter of a network.

He described the boy as “super intelligent” who had assembled the materials for the explosive devices using substances publicly available. The youth had claimed to have an interest in chemistry.

The youth had been the subject of several months, perhaps a year, of a recruitment process by the “Islamic State”, he said.

After they met via a social network, the recruiter had used encrypted communication service Telegram to communicate with the boy. Geshev said that he would not disclose how the youth had found the recruiter.

The boy’s father had co-operated in the arrest, taking him out of school so that he could be taken into custody, Geshev said, underlining that the youth had not been arrested on school premises.

Geshev urged the media not to try to contact the boy, his family, their neighbours or the school, saying that doing so could have “unpleasant consequences”.

A court had ordered the boy into child pedagogical supervision, which Geshev described as a mistake.

He said that the case was not just a pre-trial investigation, but a personal tragedy. The child should be helped by a specialists in an isolated environment, with the aim of reintegration into normal society.

Geshev warned of the danger of brainwashing, urging all parents to maintain proper communication with their children.