Decisions on the CEC website identified two of the three as 24 Chassa and the Pik agency. A CEC spokesperson said that there had been three, but the third was not named.

The size of the penalties was not announced. Bulgarian law provides for fines of 2000 to 5000 leva (about 1000 to 2500 euro) for making public exit polls during voting hours, for a first offence, rising to a maximum 10 000 for a second or further offence.

Pik and 24 Chassa also were ordered to remove the existing posts and not to post further exit polls until the close of voting at 8pm.

The 24 Chassa website accused the commission of “censorship” and, after the commission’s decision was announced, resorted to the long-standing practice among Bulgarian media, over several elections, of posting exit polls in code, in this case by reporting the “relative speed of cars” in Bulgaria, with colour-coded “cars”.

Some other media in Bulgaria, using a loophole in the Electoral Code, provided links from their sites to YouTube or Facebook pages depicting exit poll results.

By the late afternoon, European Parliament election day in Bulgaria was continuing to pass in relative calm, with indications of voter turnout continuing to be low. The Central Election Commission said that at 1pm, voter turnout was just more than 15 per cent, compared with about 19 per cent at the same hour in Bulgaria’s 2014 European Parliament elections.

The Alpha Research agency estimated that at 2pm, voter turnout was just less than 19 per cent.

There were scattered allegations of vote-buying and other abuses. In one notable case, an election official was dismissed from her post in the village of Balanovo in the Kyustendil district. After she behaved aggressively towards other election officials, police were summoned. A breathalyser test established that her blood-alcohol level was three times the legal limit to drive a car.

Few days in Bulgarian politics pass without some sparks between the head of state and the ruling majority, and the May 26 election day was no exception.

Prime Minister Boiko Borissov, asked by reporters about comments by President Roumen Radev regarding the exit poll issue, said that Radev had been “active during the whole campaign and I see him as a political leader and every statement was directed towards me being fined for campaigning”.

“Don’t quote to me someone who through the whole campaign was working for the BSP, whoever he is,” Borissov was quoted as saying.

Asked about the low voter turnout, Borissov said: “People have money. They travel to Greece”.

The election day also saw the customary coded language of politicians and other public figures in describing for whom, or what, they voted, and the accompanying photographs. 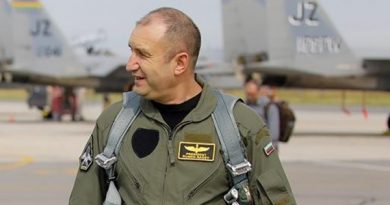 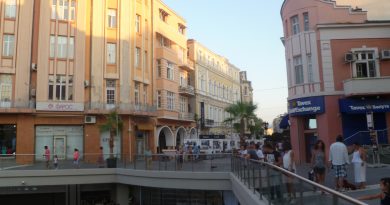