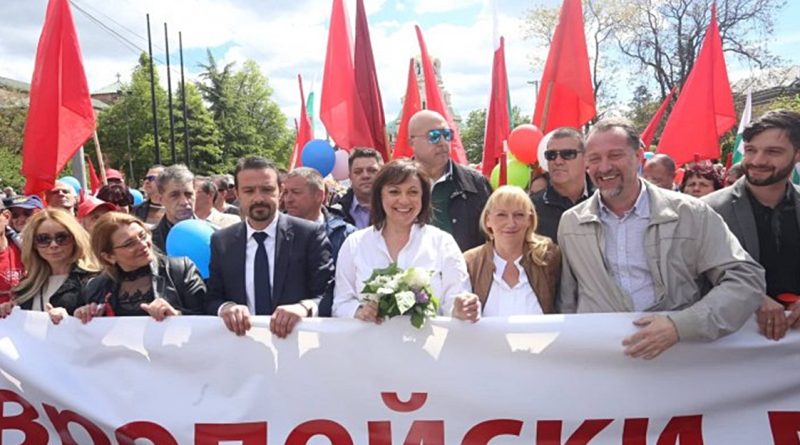 Were European Parliament elections held now, the Bulgarian Socialist Party would get 32.7 per cent and Prime Minister Boiko Borissov’s centre-right GERB 32.2 per cent, Alpha Research said on May 3.

In third place was the Movement for Rights and Freedoms (9.3 per cent), fourth Krassimir Karakachanov’s ultra-nationalist VMRO (six per cent) and fifth the reformist Yes Bulgaria (4.5 per cent).

No other party or coalition currently had sufficient support to win one of Bulgaria’s 17 seats in the European Parliament. Of those polled, 2.2 per cent said they would vote “I don’t support anyone“.

Bulgaria is to elect its MEPs on May 26.

This is the first time in recent years in any poll by Alpha Research – arguably the most reliable opinion polling agency in Bulgaria – has shown Kornelia Ninova’s BSP ahead of Borissov’s GERB, albeit narrowly.

In a commentary on the poll results, Alpha Research said that the electoral damage to GERB, registered as early as the end of March, continued to see support for the government decreasing, but this had not transformed into a strong majority for the BSP.

As was the case a month earlier, BSP supporters were more eager to vote.

The current advantage of the BSP in the percentages was “symbolic”, the agency said.

The BSP’s benefit was in the damage to the image of the government as a result of the controversies about property acquisitions, the higher mobilisation among the BSP’s traditional supporters – elderly people in small settlements, and the increase in distrust of figures from GERB.

GERB’s potential lay in its wider electoral margin in large cities, the infighting on the left, and the still weak mobilisation of rival centrist parties and coalitions.

As to the MRF, the agency noted that as long as only citizens resident in an EU member state can vote in the European Parliament elections, the party would not be able to rely on its usual voters from Turkey. However, it was possible that in the final days before the election, the MRF would mobilise Bulgarians of Turkish ethnicity living in other EU countries. Should that happen, the MRF would increase its weight in the final result and hold on to third place.

Alpha Research said that there was continuing concentration of a nationalist vote around Karakachanov’s VMRO, which had improved its position since March.

Regarding the two other “United Patriots” parties, the Patriots for Valeri Simeonov had 1.7 per cent and Volen Siderov’s Ataka 1.2 per cent. The agency said, however, that the vote for the three nationalist formations could be influenced by events.

Alpha Research said that the Yes Bulgaria coalition’s chances of representation in the European Parliament were directly dependent on its ability to attract volatile right-wing voters during the campaign, as well as to expand its influence in more regions and settlements.

The poll was conducted between April 20 and 30 2019 by Alpha Research, using its own funds and has been posted on the agency’s website. The poll was done among 1015 adult Bulgarian citizens across the country. A stratified two-tiered sample was used on the basis of basic socio-demographic features. The information was gathered through a direct standardised interview at the homes of the respondents. Alpha Research is responsible for the data and interpretation posted on its site, but not for the selective or manipulative use of this data. 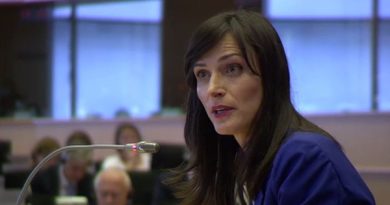