Bulgaria’s Central Election Commission presented the ballot papers for the country’s May 26 2019 European Parliament elections, which include an option for voters to choose “I don’t support anyone”.

This is not the first time that Bulgaria’s electorate has been offered what may be termed the “a plague on all your houses” option, when otherwise faced, in May 2019, with a choice of 13 parties, eight coalitions and six independent candidates.

The “I don’t support anyone” box was first offered in November 2016, when Bulgarians were called to the ballot boxes to elect a new head of state.

In the second round, presented with a choice between socialist-backed Roumen Radev and GERB candidate Tsetska Tsacheva, 4.47 per cent of Bulgarians who voted said that they wanted neither, going by the official results posted on the Central Election Commission website.

In Bulgaria’s 2017 early parliamentary elections, the electorate had a choice among 20 parties and coalitions, as well as independents – and voting “I don’t support anyone”. A total of 87 850 Bulgarians chose that option, 2.5 per cent of those who voted.

In those elections, “I don’t support anyone” outdid a large number of parties and coalitions. Even the “Coalition of the Dissatisfied” – never heard of since the 2017 election – got a mere 0.17 per cent of the vote.

Meanwhile, Bulgarian National Radio reported on May 2 that the Institute for Social Integration will be monitoring whether political leaders use hate speech in the run-up to the May 26 election.

The institute’s executive director, Stoyanka Balova, said that they would be monitoring the three major national television stations, the websites of national daily newspapers as well as the more popular websites. “We are paying special attention to social networks,” she said.

The institute’s analysis will be made public after election day, Balova said.

Bulgaria 2016 elections podcast: ‘I don’t support anyone’ – except Felix the cat 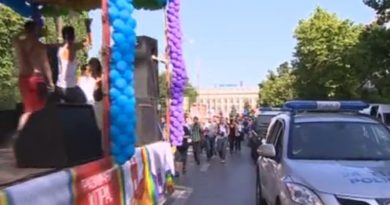