Bulgaria’s Energy Ministry has formally invited letters of interest in the tender to pick a strategic investor for the restart of the Belene nuclear power plant. As part of the process, the ministry will seek offers for minority stakes and record interest in electricity purchase contracts.

The search for a strategic investor is expected to be completed in 12 months after the publication of the request, the ministry said. Its statement re-iterated Bulgaria’s key condition for restarting the project, namely that it must be carried out on a “market principle”, without any state investment guarantees or long-term electricity purchase contracts.

Bulgaria froze the Belene project in May 2012 over concerns about ballooning costs, with an HSBC report estimating total spending as likely to exceed 10 billion euro, after failing to sign a final contract with Atomstroyexport amid disputes over cost-escalation clauses.

State-owned electric utility NEK was left holding a number of assets, including the site, where more than one billion euro was spent to prepare for construction, and equipment delivered by Atomstroyexport, the subsidiary of Russia’s Rosatom that was picked to build the two 1000MW reactors, which Bulgaria had to take after losing an arbitration suit in 2016.

These assets will be spun off into a separate company that the strategic investors will buy into. In exchange for the assets, NEK plans to keep a minority stake large enough to block shareholder decisions on “certain issues”, according to the ministry.

In June 2018, Bulgaria’s Parliament gave the government a mandate to hold talks with potential investors in the Belene plant. Energy Minister Temenouzhka Petkova presented the draft framework for the selection process of a strategic investor for the Belene nuclear power plant to MPs in December. 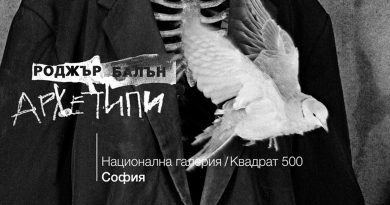 US photographer Roger Ballen to exhibit works, give lectures in Sofia and Plovdiv