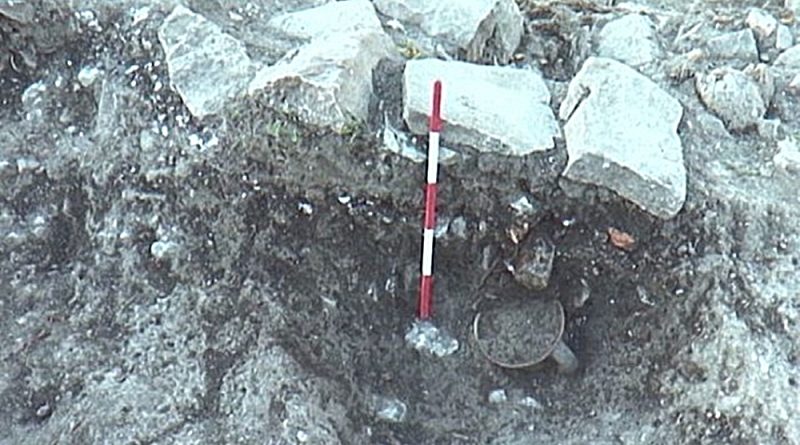 Archaeologists excavating a mediaeval church on the Trapezitsa hill in Bulgaria’s Veliko Turnovo have found a baby buried in a clay pot, television station bTV reported.

The church is believed to have served several residential quarters of the city at the time of Tsar Ivan Alexander, who ruled Bulgaria from 1331 to 1371 CE.

Dr Deyan Rabovyanov, a researcher into mediaeval Turnovo, the find was atypical.

“It was somewhat stranger to find such a burial at one of the new churches of Trapezitsa. It was so atypical that at first, we did not see it as a grave. In fact, it was a baby that probably was buried soon after birth.”

The baby probably died from a blow to the head. Archaeologists found the manner of the burial surprising.

“The pot was not laid orientated to the west, as was standard practice for Christian burials, but was put upright in the burial pit,” Rabovyanov said.

The report said that anthropologists were to determine the age of the buried baby. Given its proximity to the walls of the church, it is believed that it had been baptised.

Rabovyanov firmly rejected any possibility that the find represented some sort of pagan sacrifice.

“That can be completely ruled out, given that the burial pit was deliberately dug, deliberately placed next to the church, which was very important for the Christian population.”

The archaeological examination of the second citadel of Turnovo has been going on for 10 years. The church was found by archaeologists in 2017, and in summer 2018, a detailed study of it and the adjoining necropolis with more than 60 burial pits began.