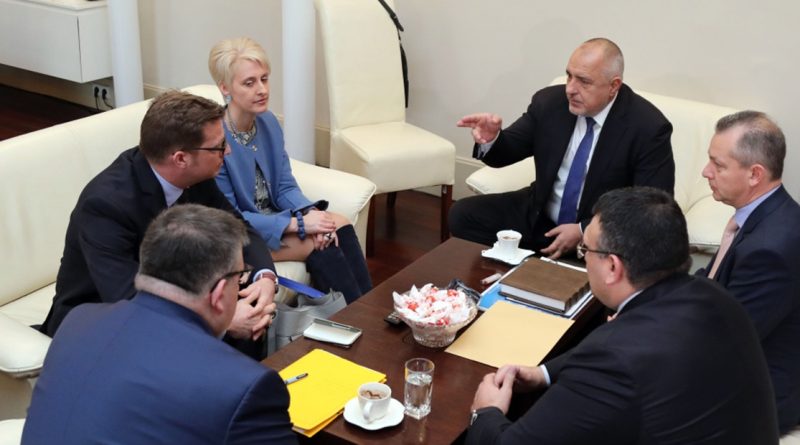 Prime Minister Boiko Borissov and other officials held discussions on February 11 with UK ambassador in Sofia Emma Hopkins on reports that the alleged poisoning in 2015 of Bulgarian businessman Emil Gebrev was linked to the Skripal case.

In recent days, media reports said that there could be a link between the alleged poisoning in April 2015 of Dunarit owner Gebrev, his son and the firm’s production director, the Skripal case and visits by a Russian military intelligence officer to Bulgaria. The investigation reportedly has been re-opened because of suspicions that in the attack on Gebrev, a substance from the Novichok famly was used.

The Skripal case involved the poisoning in the UK of Russian double agent Yuriy Skripal and his daughter Yulia. A police officer was seriously injured in the attack. London has pointed the finger as Moscow regarding the Skripal case.

Speaking after the meeting, Hopkins said that information about the possible poisoning of Gebrev had been discussed.

All European affiliates take full account of all charges and interference by Russian services in Europe, she said.

The UK had a wealth of experience, especially in connection with the investigation and presentation of information on the Skripal case. It was working closely with the Bulgarian authorities and services.

Hopkins said that an investigation was underway so details could not be disclosed “but we are working in a joint team and a close partnership, and we are going to find out the facts in this case.

“All questions about the national security of the UK and Bulgaria are of paramount importance to us, and we will continue this investigation even after Brexit,” she said.

Tsatsarov said that Sergey Fedotov an agent of the Russian military intelligence, the GRU, had been in Bulgaria three times.

Fedotov arrived by aircraft on February 5 2015, departing Sofia Airport on February 22, then landed at Bourgas Airport on April 24, departing April 28, again arrived at Sofia Aiport, on May 23, and then left in the direction of Serbia on May 29, accompanied by someone else, Tsatsarov said.

The Prosecutor’s Office had resumed pre-trial proceedings in mid-October 2018 in connection with the poisoning of Gebrev after the Dunarit owner sent a letter saying that he suspected that he had been poisoned with Novichok.

“Since then, we have been working in full cooperation and coordination with the British services. They have full access to all documents and all the materials in the case and the results of all investigative actions. A European investigation order and letters were sent to the UK to provide the legal basis for the interaction between the Bulgarian and British authorities,” Tsatsarov said.

Tsatsarov said that any allegations of inaction in the Gebrev case were “mildly put, not true”.

About 1.1 million people born in Bulgaria are living abroad, mainly in Turkey, EU and US – study