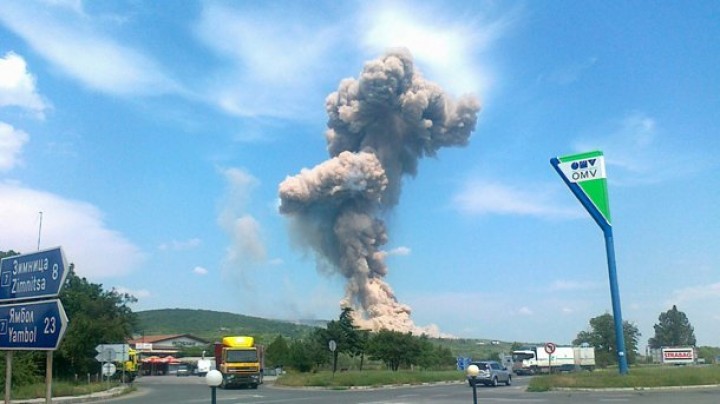 Three people who were working in the immediate proximity of the first blast at the munitions depot near the village of Lozenets in southeastern Bulgaria on June 5 remain unaccounted for, investigators have said.

The other 18 people working at the facility are alive, but nine of them required overnight treatment for injuries ranging from broken arms to concussions and hearing loss. “None of them are in danger and are in a good condition,” Health Ministry doctor Ivelina Georgieva said, as quoted by news website mediapool.bg

Explosions continued throughout the night, with two big blasts at 1.30am and 5.45am, reports said. Smoke continued to billow over the depot, but there were no indications that the air or water in the area had been polluted with dangerous substances.

Traffic on the Sofia-Bourgas highway will continue to be re-routed through several detours, as a three-kilometre safety area around the depot remains in effect. An unpiloted drone and a demolitions robot will survey the area later on June 6, but no people would be allowed on the premises to investigate what might have set off the explosions until at least 24 hours have passed after the latest blast.

The likeliest explanation for the incident is human error, Deputy Defense Minister Valentin Radev said. The explosions could have been caused by failure to adhere to the specific safety rules – at least one such rule was breached, with investigators finding parts of mobile phones, which are forbidden on the grounds of facilities decommissioning surplus ammunition, he said, as quoted by mediapool.bg.

The facility is operated by Bereta Trading, owned by Dessislav Delev. The company won a tender to decommission surplus ammunition left over from the blasts at Chelopechene munitions storage near Sofia in 2008.

The actual work, however, has been subcontracted to another company owned by Delev, Bulgarian National Television reported. Delev said that in 10 years as a defense contractor, his companies had a clean bill of not allowing such incidents to happen. 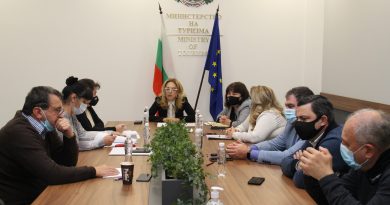 Bulgaria’s PM: VAT for restaurants and entertainment sector to be cut to 9% next year