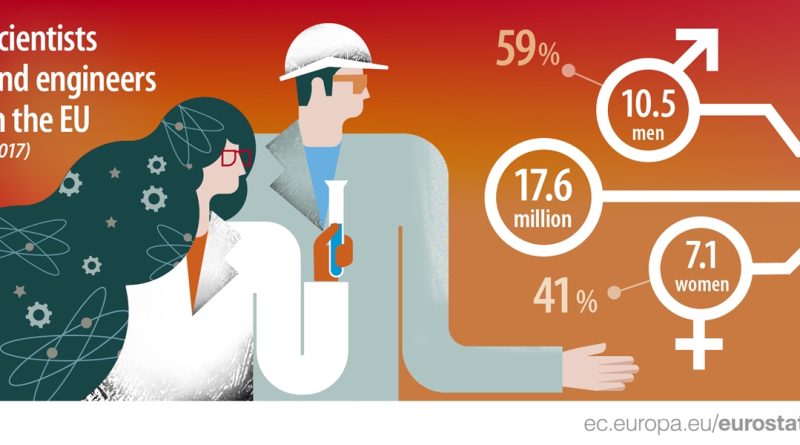 In five European Union countries, the majority of scientists and engineers were women: Lithuania (57 per cent female), Bulgaria and Latvia (both 53 per cent), Portugal (51 per cent) and Denmark (just over 50 per cent), EU statistics agency Eurostat said, citing figures for 2017.

Less than one third of scientists and engineers were women in Hungary and Luxembourg (both 25 per cent), Finland (29 per cent), and Germany (33 per cent).

Eurostat released the figures to mark February 11, International Day of Women and Girls in Science.

Men were particularly overrepresented in high and medium-high technology manufacturing (83 per cent of scientists and engineers in such manufacturing were male), while the gender ratio in the services sector was more balanced (55 per cent male and 45 per cent female), Eurostat said.