With all-party support, Bulgaria’s National Assembly approved on February 7 a series of tougher penalties for domestic violence, including life imprisonment without parole for murder linked to domestic violence.

Approving the second and final reading of amendments to Bulgaria’s Penal Code, MPs voted that psychological harassment and persecution in the context of domestic violence would carry a penalty of up to five years in prison.

The amendments provide for three to 10 years in prison for the systematic exercise of physical, sexual or psychological violence by current or former spouses or co-habiting people.

For forced marriages, the amendments envisage imprisonment of one to six years, and for three to eight years, where coercion is on the part of a parent or guardian, as well as for coercion of minors.

“Monitoring” – a term that, essentially, embraces stalking and unwanted communication – and intimidation will carry a penalty of one to five years in prison. Coercion and assault will result in three to five years in jail.

In the final changes to the Penal Code, psychological harassment enters the general definition of domestic violence.

In cases where a divorced parent refuses access to a child in violation of the order of the court, the penalty is increased significantly, from 300 leva to 5000 leva (from about 150 euro to 2500 euro).

Danail Kirilov, head of the Bulgarian Parliament’s committee on legal affairs, said: “Psychological violence has become a component of domestic violence. Murder, coercion, threats, captivity are being pursued with heavier punishments. The penalties are high”.

The Speaker of the National Assembly, Tsveta Karayancheva said that the amendments were extremely important.

“(This is) an extremely important message to all those women, children who are being abused at home, it is a blow to domestic violence,” Karayancheva said.

She expressed thanks for the all-party support for the amendments.

The amendments to the Penal Code regarding domestic violence were tabled in Bulgaria’s Parliament after a political row in 2018 over the Istanbul Convention.

The Istanbul Convention, an international instrument against domestic violence, was initially approved by Bulgaria’s government in early 2018. However, it was withdrawn from ratification by Parliament and the government overturned its approval after a disinformation campaign against the convention by various nationalist and conservative groupings, including some within the government coalition and in opposition. 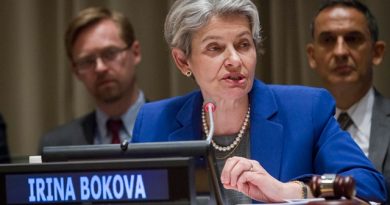