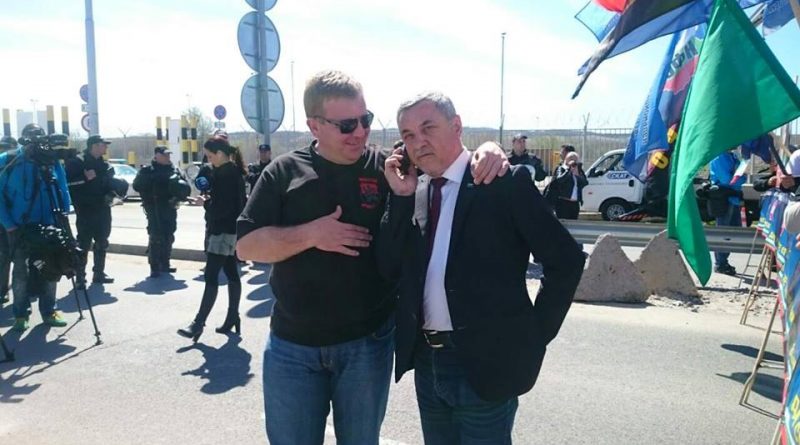 A three-member panel of Bulgaria’s Supreme Administrative Court has acquitted nationalist politician Valeri Simeonov of charges related to his comments in the National Assembly in December 2014 about Roma people.

Simeonov is one of three co-leaders of the United Patriots, the minority partner in Bulgaria’s government, and leads the National Front for the Salvation of Bulgaria party. He was a deputy prime minister until being forced to resign in 2018 over comments he made about protesting mothers of children with disabilities

The court held that Simeonov had not discriminated against Roma people, and against Assen Assenov, an individual who complained to the Commission for Protection against Discrimination about Simeonov’s comments in Parliament.

On December 17 2014, Simeonov told the House that “part of this (Roma) ethnicity” had become arrogant, presumptuous and ferocious humanoids, ready to kill in order to steal a few leva”.

Among other things, he said: “Why did people who worked during the time of socialism 25 years ago, sent their children to school, and contributed to the creation of public goods, have now turned into arrogant, presumptuous and ferocious humanoids, demanding wages without labour, demanding sick-leave benefits without being sick, child benefits for children that play outside with the street-pigs, and maternity benefits for women with the instincts of street bitches?”

The Supreme Administrative Court, in its January 15 ruling, overturned the conviction imposed by the Bourgas District Court on Simeonov, and also revoked the 1000 leva (about 500 euro) fine levied on Simeonov by the Commission for the Protection Against Discrimination.

The court held that Simeonov’s statement did not contain verbal expressions directed against a specific person, Assen Assenov. He (Simeonov) also did not aim at negative consequences for Assenov, nor damage his dignity and create an unwanted environment for the representatives of the Roma community.

Part of Simeonov’s statement on December 14 was: “It is an undeniable fact that a large part of the gypsy ethnicity lives outside of any laws, rules and general human norms of behaviour. The laws do not apply to them, taxes and charges are incomprehensible terms, electricity, water, social and health insurance bills have been replaced by the belief that they have only rights, but no obligations and responsibilities. For them, theft and robbery have become a livelihood, violation of the law – a norm of conduct, childbirth – a profitable business at the expense of the state, and the care for their offspring – is teaching minors how to practice begging, prostitution, theft and sale of drugs”.

On January 18, another of the United Patriots’ co-leaders, Krassimir Karakachanov, continued his comments about Roma people, facing questions from journalists amid continuing controversy about his statements in connection with the Voyvodinova incident earlier this month.

“In practice, Bulgaria is divided into two – one is the people who study, who pay taxes and respect the laws, the other – those people who think they have only rights and do not have duties, and can do everything, they can touch the property, the lives, the honour of the people around them,” Karakachanov said.

Asked whether there should be a Cabinet minister of Roma origin, Karakachanov said that the Bulgarian constitution made no mention of ethnic minorities.

He said that the funds for the financing of Roma integration in recent years had had no effect.

On January 16, minority party the Movement for Rights and Freedoms called on Prime Minister Boiko Borissov to distance himself from Karakachanov’s statements about Voyvodinovo, when the United Patriots co-leader referred to “impudent gypsies”. Borissov has made no public comment.

Bulgaria: 72 000 newly-registered unemployed since start of coronavirus State of Emergency