The official opening weekend of Plovdiv European Capital of Culture 2019 on January 11 and 12 will see a series of events at various outdoor and indoor spaces in Bulgaria’s second city, the first to hold the title.

The opening weekend peaks on the evening of January 12 with a music, light and dance show.

“More than 1500 participants from Bulgaria and abroad will recreate on the open stage a large and colourful metaphor of all the main themes of the programme ‘Plovdiv 2019’ and their relationships under the motto ‘Together’,” the organisers said.

From 5pm, Plovdiv’s Regional Ethnographic Museum presents an exhibition entitled “The Song of the Wood”, dedicated to traditional folk musical instruments, as well as to modern ones that became known after the Liberation from Ottoman rule.

At 5.30pm, an exhibition of 30 works by members of the Union of Plovdiv Artists opens in the gallery in the foyer of the Plovdiv Municipal Council. The exhibition includes paintings, graphics, sculpture, photography, collages and mixed techniques on topics inspired by the city, its sights and history. A companion event to the exhibition is a graphic workshop, by young artists on January 12 at 3pm.

Plovdiv’s City Art Gallery on Knyaz Alexander Battenberg Street presents a large-scale retrospective exhibition “Ungraspable for Kolyo K” from January 7 to 30. The works are from differnt periods of the well-known Plovdiv artist.

At 5.30pm, an exhibition “From Antiquity to the Present” by Professor Georgi Trifonov opens at the Balabanov House. The exhibition, which continues until January 31, is of paintings, drawings and sculpture. The main theme in Trifonov’s works is the development of elements of clothing through the centuries. On January 13 at noon, there will be a fashion show by his students, young designers.

At the Balabonov House at 6pm, there will be a chamber concert dedicated to the 120th anniversary of the birth of Pancho Vladigerov and 110 years since the birth of Marin Goleminov.

At 6pm at the Sklad warehouse at 16 Exarch Yosif Street in Plovdiv’s “Tobacco Town” precinct, the exhibition “Smoke. Tobacco Stories” opens. It includes archive materials, photographs, videos, films and works by Bulgarian authors exploring the history of Plovdiv through its connection with the tobacco industry. The exhibition continues until March 30.

At 6pm at the Regional Ethnographic Museum, the photographic exhibition “Rediscovering the Heritage” opens. The photos reflect cityscapes, and offer a glimpse into a Balkan urban environment.

At 7pm, at the Plovdiv Drama Theatre, there is a performance of Eurydice.

At 8pm at the “Core” stage in Plovdiv’s Kapana creative district, a programme of live performances by prominent Bulgarian musicians begins.

The Lucky cinema will be showing a special winter selection of some of the most-awarded new Bulgarian films, all with English subtitles.

From 4pm at the Balabanov House, the Municipal Institute “Ancient Plovdiv” presents a symphonic concert, and a screening of the film “The Old Album”, dedicated to the life and the work of academician Professor Nikolay Stoykov – composer, professor of composition and harmony, Honorary citizen of Plovdiv.

At 6pm there will be a musical and laser spectacle “Bulgarian Mysteries”, which will be live on the facade of the Zlatyu Boyadzhiev museum.

At 4.30pm, an exhibition entitled “Art Liberty – from the Berlin Wall to Street Art” opens in Plovdiv’s Stefan Stambolov Square. It is a travelling collection of original fragments of the Berlin Wall. The exhibition presents predecessors of Berlin street art from the 1980s and modern street artists, accompanied by more than 30 short films, documentary photographs, tours, debates, meetings with some of the authors and concerts.

From noon to 1pm, at the open-air stage on Stefan Stambolov Square, the Chitalishte Plovdiv will present a selection of music and dance from Bulgarian folk traditions.

On Stefan Stambolov Square from 2pm to 4pm, the RegionalE Programme presents a music programme of music and dance from the Rhodope mountains and Thracian valley regions.

At 5pm, the D’Ambrosio Brass Orchestra from the Italian city of Matera will be on stage.

The opening, themed “We Are All Colours” is at 7pm at Tsar Boris Obedinitel Boulevard.

The renowned Bulgarian kaval player Teodosii Spasov will open the “We Are All Colours” show with a specially composed work. More than 200 kukeri from the Plovdiv region, the Trakia ensemble and students from the National School for Stage and Screen Arts will participate.

Performers from the Music, Dance and Performative Arts Academy will offer a laser harps surprise.
Bulgarian composer Hristo Namliev will offer a segment featuring more than 200 choir singers from all Plovdiv choirs, directed by Dian Chobanov and accompanied by 20 bagpipe players.

A group of 1000 Plovdivians will come onstage to give a real-life expression of the initiative’s “Together” message. They will be joined by 150 children from the Vasil Levski Sports School.

The “We Are All Colours” show will wrap up with a spectacular fireworks display and a performance by the noted Bulgarian folk singer Valya Balkanska and her bagpipe accompanist Petar Yanev. After the show, German DJ Schiller will begin a multihour set that will also launch his European tour.

At 9pm, at the Singing Fountains in Plovdiv’s Tsar Simeon Garden, there is the “Fireter and Fire Theatre Together in One Fire Performance” featuring fire effects and puppets.

On January 12, the programme at the “Core” stage in the Kapana district starts at noon and culminates at 9.30pm with a performance by brass ensemble Akaga. 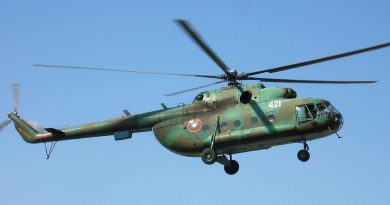 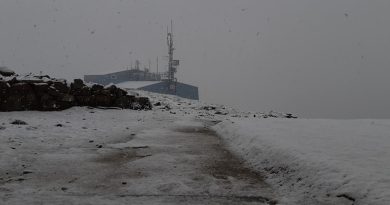