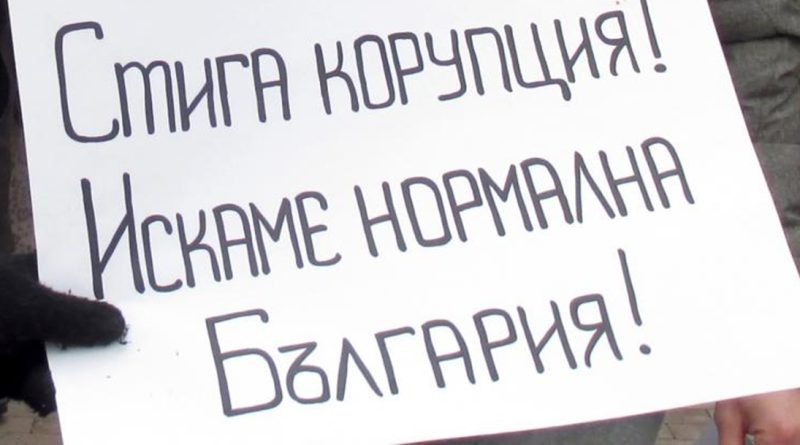 Protesters seeking the resignation of the Bulgarian government blocked the Hemus Motorway near Novi Pazar and a road over the Shoumen – Varna highway on November 25, the first such obstruction after days of flopped “national protests”.

Ostensibly over “high fuel prices” and in favour of a better standard of living, the protests had their greatest impact two weeks earlier, when cars were used to block motorways and key roads in various parts of Bulgaria.

Last Sunday, they were largely a damp squib, except in the eyes of Kremlin-linked Russian media and a handful of foreign media that put out misleading reports vastly overestimating Bulgarians’ participation.

On Monday, a “national protest” effectively failed to materialise, while on November 24, a “high fuel price” protest that was billed as about to blockade the centre of Bulgaria’s capital city and that had been booked to last from noon to 7pm lasted a mere fraction of that time and had little to no impact on traffic.

On November 25, speaking to reporters during a visit to Brussels for the European Council meeting, Prime Minister Boiko Borissov described the previous day’s protests as “very small”.

“Taken together, they were probably about a tenth of the meeting of (Borissov’s political party) GERB entrepreneurs in Pomorie,” he said.

Borissov said that no government in Europe in loved by “everything and everyone”.

Protests showed that there was a “high degree of democracy,” Borissov said, adding “of course, they should not close the streets, because the other (motorists) who disagree with them are hindered”.

In a radio interview on November 25, Borissov’s chief of staff Rumyana Buchvarova said that the recent protests had no leaders and no demands that could be carried out.

She contrasted them with the protests by mothers of children with disabilities, who had had specific demands and had engaged in negotiations to achieve them.

“What is this protest against the high cost of fuel, which objectively has dropped considerably, and what is wanted from the government, apart from its resignation?” Buchvarova said.

One of the notable figures in the protests, Alexander Stamboliiski, told national radio that the protesters had prepared a manifesto for alternative governance of Bulgaria.

“We have prepared a manifesto with an alternative governance of Bulgaria that will be distributed in the cities. It will also be given to the governing institutions and the opposition to see what we are proposing. It is a way to develop the country in a positive direction and also to satisfy the constant wishes of the Bulgarian citizens for majority votes, for normal development, raising the incomes, reducing the bloated administration. We have specific requests. We know why we are protesting,” he said.

Some media reports hostile to the protests have linked some of the organisers to organised crime figures and those who were involved in the 2013 protests, mobilised over cost of living, that brought down the first Borissov government. Borissov resigned at the time after there was an incident of violence during a protest in Sofia.

Borissov’s GERB party has alleged that opposition forces and those who want Bulgaria destabilised are behind the “fuel price” protests. The organisers have insisted that they have no links to opposition political parties.