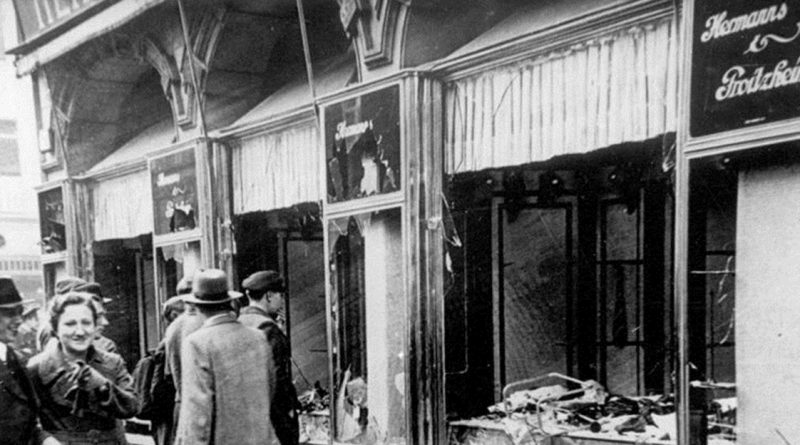 The European Commission stands firm against all forms of antisemitism and Jewish people should never again have to ask themselves whether they or their children have a future in the European Union, commission Vice-President Frans Timmermans and Commissioner Věra Jourová said in a statement marking the 80th anniversary of Kristallnacht.

Kristallnacht was a pogrom carried out by the Nazis in Germany on the night of November 9-10 1938.

As the Yad Vashem World Holocaust Remembrance Center describes the event, while Nazi propaganda claimed that it was a spontaneous outburst, in reality it had been planned and implemented by the highest echelons of the Nazi leadership. The signal was given by Minister of Propaganda Joseph Goebbels and was carried out by members of the Nazi regime.

During the pogrom 91 Jews were murdered, more than 1400 synagogues across Germany and Austria were torched, and Jewish-owned shops and businesses were plundered and destroyed. In addition, the Jews were forced to pay “compensation” for the damage that had been caused and approximately 30 000 Jews were arrested and sent to concentration camps.

In their statement, Timmermans and Jourová said that 80 years ago the lives and history of Jews in Europe changed forever in the space of one night.

The state-sponsored antisemitism of the Nazi regime triggered the murder of Jews, the burning of synagogues, and the looting of Jewish-owned businesses and Jewish houses. Around 30 000 Jewish people were deported during the ‘Kristallnacht’, an event which marked the beginning of the Holocaust and the extermination of six million Jews, the statement said.

“Today we must pause and reflect on these events, and to remind ourselves of why we must do everything in our power to prevent this from ever happening again.

“There is reason to be vigilant, for despite the horrors of our past, recent developments show that antisemitism is still present in our society; there are still individuals who deny that these events even took place.”

Jewish people are still being attacked and threatened on the streets of many EU countries; hate speech continues to be spread and there is still space to incite violence, not least online, the joint statement said.

“Hatred started with words and ended in violence. And we are seeing that tendency again through the shocking murders in Toulouse, Brussels, Paris, and Copenhagen, and most recently in Pittsburgh in the United States,” Timmermans and Jourová said.

“We cannot allow our society to suffer from collective amnesia. We have a duty to continuously teach our young generations about this and how to tame Europe’s inner demons – so that nobody forgets. This is why we have dedicated funding for European remembrance, and why the Commission helps raise awareness and educate people about the Holocaust.

“To fight antisemitism better, we need to understand it better as well. This is why the Commission continues to support member states and civil society to improve reporting on antisemitism in the EU. We have a Commission Coordinator on combating Antisemitism to liaise with Jewish communities and strengthen the collaboration with international organisations, member states’ authorities and NGOs.

“The Horizon 2020 project ‘European Holocaust Research Infrastructure’ is the largest ever EU-funded research programme on the Holocaust, with a budget of eight million euro and a goal of strengthening the network of European research on the Holocaust.”

Jewish people should never again have to ask themselves whether they or their children have a future in the European Union, Timmermans and Jourová said.

“They should never have to question whether the authorities will stand on their side to guarantee their safety. Nobody should ever be afraid to go to a synagogue or wear a kippah in the European Union.

“Today, as every day, the European Commission stands firm against all forms of antisemitism. We will continue to relentlessly fight prejudice and stereotypes in Europe, whomever it regards, and we will always defend people’s right to practise their religion – whichever it is – freely and without fear,” the statement said.

(Photo, of Jewish businesses in Magdeburg ransacked during Kristallnacht in November 1938, via Deutsches Bundesarchiv) 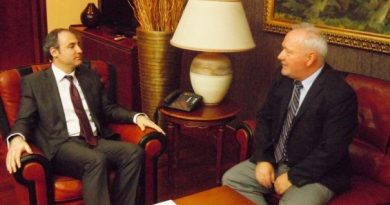