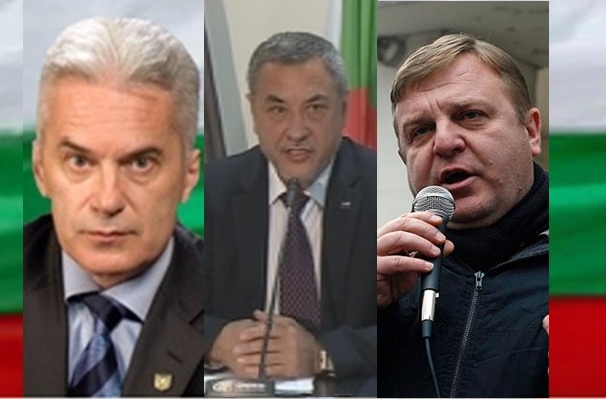 The leadership of the United Patriots, the grouping of three far-right and ultra-nationalist parties that is the minority partner in Prime Minister Boiko Borissov’s government, was to meet on the afternoon of October 23 to address the infighting the group, which has seen mutual demands for resignations from key posts.

Just more than an hour before the United Patriots meeting was due to start, Simeonov made a special statement at the Cabinet building, calling on various organisations that had come out in support of him to cancel a “counter-protest” in solidarity with him planned for October 24, the day the Cabinet is due to meet and that it is possible that the government coalition council will meet.

At his news conference, when a reporter said that Siderov had asked for his resignation, Simeonov declined to be drawn on the question and said that the matter would become clear after the United Patriots meeting was over.

Shortly before Simeonov’s news conference began, Karakachanov – who has tried to tamp down the faction fighting between Simeonov and Siderov in the past months – told reporters that he had no idea what Simeonov intended to say.

Karakachanov said that in the past year and a half, the grouping had failed to “find a common language”.

At the same, Karakachanov underlined his belief that the coalition government should not fall.

He expressed frustration that the infighting was distracting efforts to fulfil the coalition government’s governance programme.

While Ataka has demanded that Simeonov step down as Deputy PM, Simeonov’s National Front for the Salvation of Bulgaria party has withdrawn its confidence from Siderov as leader of the United Patriots parliamentary group and wants him to relinquish that post.

At 5.30pm on October 22, the protesting mothers of children with disabilities were scheduled to resume their protests demanding Simeonov’s resignation from government.

A diverse group of bodies announced the planned protest in support of Simeonov for October 24. They included an association of fuels traders, the National Association of Young Farmers, and the Bulgarian Home-made Rakia Association. At his October 23 news conference, Simeonov read out the list of associations backing him and thanked them for their support, but called on them to cancel the protest.

He said that he did not want the exercise of external pressure on the coalition partners.

Simeonov said that he did not believe that the stability of the government depended on whether or not he resigned. It could go on without him, he said.

On October 23, head of state and critic of the government President Roumen Radev commented on the Simeonov issue, saying that “uncontrolled power generates cynicism”.

“With cynicism we cannot have effective governance, we cannot think about people’s problems. What I see right now is that all energy is focused on Mr. Valeri Simeonov’s personality, but that does not solve the problem of lack of control and cynicism,” Radev said.