The number of new passenger car registrations in Bulgaria in August 2018 was 23.2 per cent higher than in August 2017, the European Automobile Manufacturers Association (ACEA) said on September 19.

In January to August 2018, there were 23 685 new passenger car registrations in Bulgaria, an increase of 21.1 per cent, ACEA said.

The association said that in July 2018, demand for new passenger cars in the EU grew by 10.5 per cent, with almost 1.3 million cars registered. Growth was recorded in all major EU markets. Spain (+19.3 per cent), France (+18.9 per cent) and Germany (+12.3 per cent) posted the highest increases, followed by Italy (+4.7 per cent) and the United Kingdom (+1.2 per cent) with more modest figures.

August usually is the lowest sales month of the year, but the EU passenger car market grew significantly (+31.2 per cent) in August 2018, counting more than 1.1 million new vehicles.

The most likely explanation for this exceptional growth, is the introduction of the new Worldwide Harmonised Light Vehicle Test Procedure (WLTP) test that applies to all new car registrations from September 1 2018, the association said.

“Hence, some auto manufacturers offered pre‐WLTP vehicles at extremely attractive prices. As a result, double‐digit percentage gains were registered in many EU countries, as well as in the five major markets,” ACEA said.

Over the first eight months of 2018, passenger car registrations across the EU grew by 6.1 per cent to reach 10.8 million units, largely boosted by the unusually strong performance during the summer months. 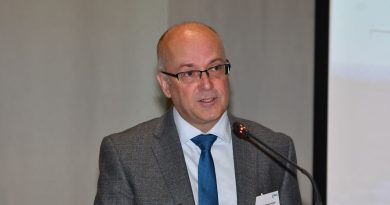