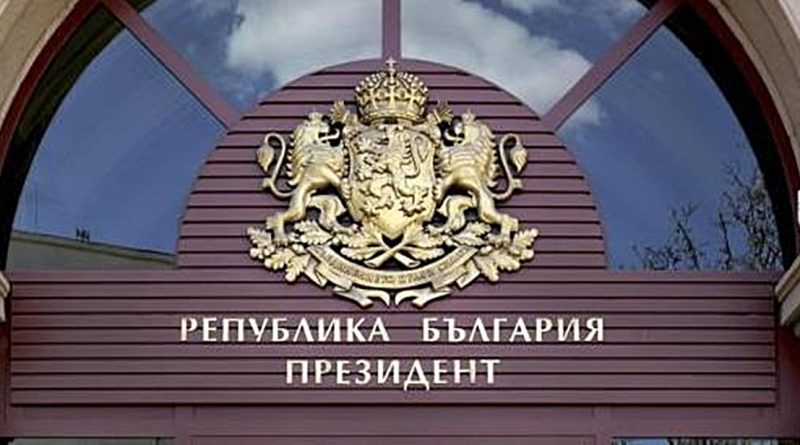 Bulgarian President Roumen Radev has signed the decree relieving Mladen Marinov of his post as chief secretary of the Interior Ministry, opening the way for Marinov to be elected Interior Minister, according to a September 19 statement by the President’s office.

The signing ends a standoff that has lasted for several days between Radev and Bulgaria’s ruling majority.

The issue of Marinov’s dismissal was a sequel to the resignation of three Cabinet ministers, including that of the interior, on August 31 after the Svoge bus crash disaster.

On September 10, after a meeting of the ruling majority’s coalition council, Prime Minister Boiko Borissov announced the names of the three candidate ministers, including the nomination of Marinov to become Interior Minister.

However, a vote scheduled for September 13 in Parliament, to approve the resignations of three ministers and to elect their successors, did not go ahead because Radev had not signed the decree dismissing Marinov as chief secretary of the ministry.

This was followed by a dispute between Radev and the ruling majority, with Radev insisting the government had not followed the proper procedure regarding the dismissal of Marinov, including co-ordinating the decision with him.

The ruling majority saw the matter as a case of obstruction on the part of Radev, in office on a ticket backed by the opposition Bulgarian Socialist Party.

On September 18, Radev said that the matter was not one of a “war between the institutions” but of following the proper procedures.

The vote on the changes to the Cabinet currently is scheduled for September 20. Beside the row between Radev and the government, there has been a further change to the nominations, after the transport minister-designate withdrew after Bulgarian-language media reports called into question his past. The coalition council announced a new nominee on September 17.

There have been several episodes of tensions between Radev and the government, of which he is a regular public critic, on issues from delays in military modernisation to what Radev describes as an inadequate fight against corruption.