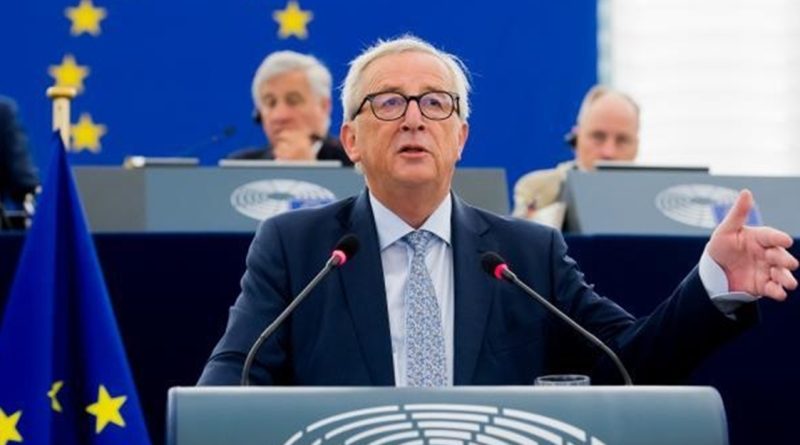 European Commission President Jean-Claude Juncker delivered his annual, and final, State of the Union address to the European Parliament on September 12 2018. These are the key points.

Making the EU a stronger global actor: Juncker proposed that EU countries make use of existing EU rules to move from unanimity to qualified majority voting in certain areas of the EU’s Common Foreign and Security Policy (CFSP). This would allow the EU to become a stronger global actor, better able to shape global events and to shoulder international responsibilities.

Migration and border reform: “Today’s proposals set a new level of ambition for the European Border and Coast Guard and the EU’s Agency for Asylum, reinforcing both to ensure that member states can rely on full EU operational support at all times. The Commission is also today proposing to improve the effectiveness of return procedures,updating existing EU rules on return, and setting out the next steps on legal migration, an essential component of a balanced migration policy.”

Measures for securing free and fair European elections: Juncker announced a set of concrete measures, including greater transparency in online political advertisements and the possibility to impose sanctions for the illegal use of personal data in order to deliberately influence the outcome of the European elections. “The objective of today’s Commission proposals is to address potential threats to elections and thereby strengthen the resilience of the Union’s democratic systems,” the Commission said.

A more efficient financial architecture to support investment outside the EU: Juncker proposed a new ‘Africa – Europe Alliance for Sustainable Investment and Jobs’ to focus investment where it matters most: in skills and job creation. To achieve this, a more effective governance model and greater collaboration between multilateral and national development actors in Europe is needed. “The European Commission is thus today setting out a number of ways to address the investment challenges and opportunities in Africa, the EU’s Neighbourhood and the wider world. These include calls for joint initiatives between multilateral and national development actors and a reinforced European financial architecture able to meet the ambition of the newly proposed Neighbourhood, Development and International Cooperation Instrument.”

To allow for a smooth transition, under the Commission’s proposal each member state would notify by April 2019 whether it intends to apply permanent summer- or wintertime. The last mandatory change to summertime would take place on March 31 2019. After this, the Member States wishing to permanently switch back to wintertime would still be able to make one last seasonal clock change on October 27 2019. Following that date, seasonal clock changes would no longer be possible.