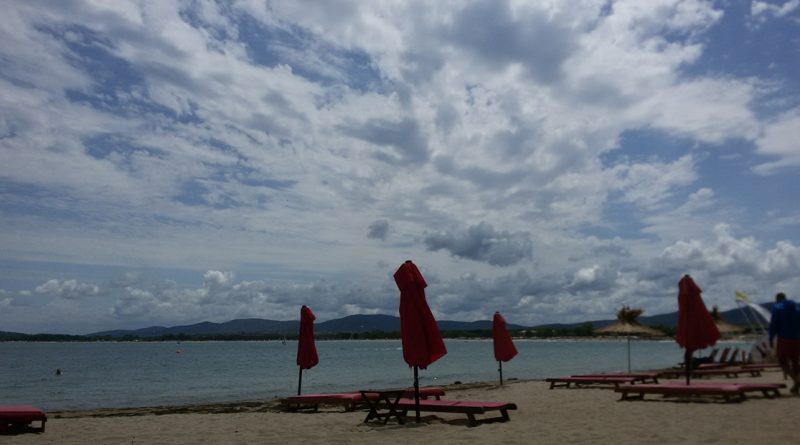 Officials from the regional inspectorate of environment and water in Bourgas took new samples of seawater on August 23 in the area of the sunken ship Mopang, the source of a spill of heavy oil fuel in recent days.

The samples were taken as strong winds and a turbulent sea on Bulgaria’s southern Black Sea coast prevented the start of an emergency operation to drain the tanks of the Mopang.

The officials took the samples in four places, including the sea close to the sunken vessel, a kilometre from the beach at Chernomorets and the central beach of Sozopol. The results are expected to take seven to eight days.

According to Bulgarian officials, analysis of the samples taken at the same places on August 13 showed that there was no pollution of the seawater beyond the area where the spill was contained by floating barriers.

Inspectors also checked the Alepu and Coral beaches. In the latter case, holidaymakers have posted photographs showing spots of oil and a slick on the sea.

However, the officials say that at Alepu beach and on the seawater, there were no oil formations, and the water in the area checked is of a natural colour and smell and there is no opalescence on the surface. At Coral beach, there were spots of oil of one to five cm and no sources of pollution on the shore had been identified.

Because there is no concession-holder of Coral Beach, the head of the regional inspectorate of environment and water in Bourgas has issued an instruction to the mayor of Tsarevo municipality to take action to clean the beach.

On August 23, Prime Minister Boiko Borissov visited Sozopol to meet the team who will be working on draining the heavy fuel oil from the Mopang, which has been 35m underwater since it struck a mine in July 1921.

Borissov said that the start of the operation had been delayed because of the turbulent sea, adding that it was important not to endanger the lives of the divers.

According to Bulgaria’s Maritime Administration, the leaking from the ship has stopped.