An influx of asylum seekers from Syria into Bulgaria has exacerbated border security challenges, raised interethnic tensions, and challenged underfunded state agencies and there are concerns that this flow of people could allow some foreign fighters to transit in and out of Bulgaria, according to a report by the United State state department.

The remarks were contained in the state department’s Country Reports on Terrorism 2013, submitted by the department to the US Congress.

The report said that Bulgaria is slated to receive the equivalent of more than $7 million in aid from the EU specifically earmarked to assist with the influx of asylum seekers.

The US, in concert with other regional partners, has maintained a regular dialogue with the Bulgarian government to assess and manage this risk, the report said.

The release of the report coincided with the issue of Syrian refugees returning to the headlines in Bulgaria because of a xenophobic and racist incident in the village of Rosovo, where residents pressured a newly-arrived group of three families of Syrian refugees to leave.

The refugees, who have formal legal status as such, instead received a hospitable welcome at another village, Krun, while the government – strongly criticised by the opposition for failing to cope adequately with the refugee issue in several regards – has said that it would look into what happened in Rosovo. 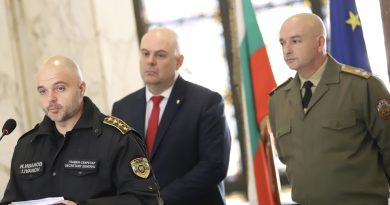