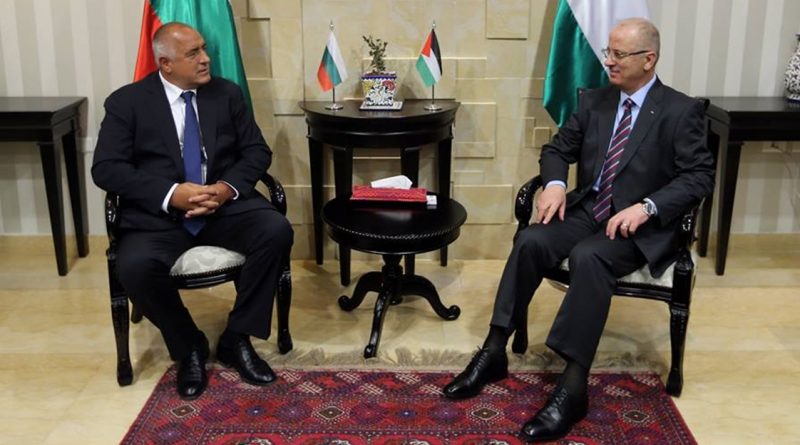 Bulgaria supports all initiatives that would lead to a positive development of the Middle East Peace Process, Prime Minister Boiko Borissov said on June 14 in Ramallah with Rami Hamdallah, prime minister of the Palestinian National Authority.

Borissov emphasised that Bulgaria has friendly relations with Israel and with Palestine.

He said that all controversial issues should be resolved through direct negotiations between the two countries.

Bulgaria wanted to see lasting peace and understanding in the region, Borissov said.

Bulgarian-Palestinian relations were traditionally good and his government would work to develop them further, he said. Borissov said that the more than 5000 Palestinians who had completed their education in Bulgaria could serve as a bridge in bilateral relations.

Hamdallah said that the Palestinians were reaching out for peace, “but we do not always see that”.

Gaza had seen hundreds of thouands of people killed, injured and homes endlessly being destroyed. Let the world now pay attention to it, he said.

Hamdallah asked Borissov – whose country currently holds the rotating Presidency of the Council of the EU – to intervene in the talks with the EU, which he said were proceeding slowly.