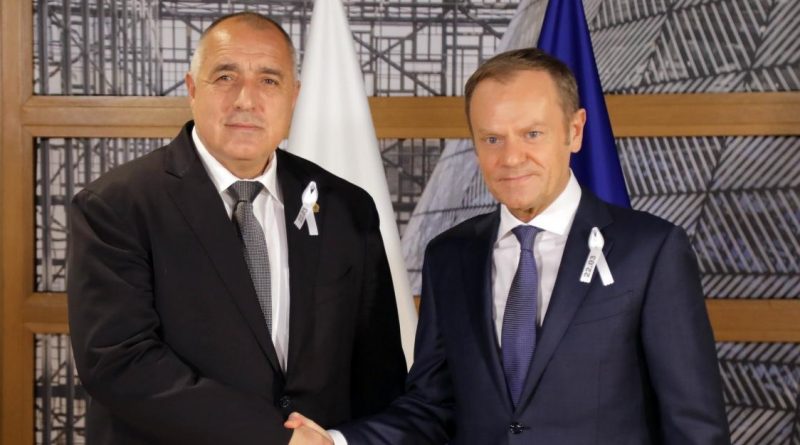 The forthcoming meeting between EU and Turkish leaders in Varna is necessary for the normalisation of relations between the EU and Ankara, Bulgarian Prime Minister Boiko Borissov said at a March 22 meeting in Brussels with European Council President Donald Tusk.

While the meeting has been a pet project for Borissov, whose country holds the rotating Presidency of the Council of the EU in the first half of 2018, Tusk said in late February that a decision will be taken at the European Council meeting on March 22 and 23 whether the “conditions are there” for the EU-Turkey leaders summit scheduled for March 26.

According to a post on Borissov’s website on March 22, Borissov and Tusk were unanimous that the talks in Varna between the European leaders and the president of Turkey were indispensable for restoring the dialogue with the Turkish state.

“We need an orderly relationship with our neighbour – Turkey. Dialogue with the Turkish president must be continued,” Borissov said.

Borissov and Tusk also informed each other about their positions on Europe’s current political themes, to be discussed at the European Union.

The work up to now on the priority topics of the Bulgarian Presidency of the EU Council has been highly appreciated, the statement said.