The announcement that Czech state-owned utility CEZ intended to sell its Bulgarian assets to a largely anonymous entity spurred a torrent of reactions across the political spectrum in Sofia, with the resignation of Energy Minister Temenouzhka Petkova doing little to calm the spirits.

The ministry has no direct levers to influence the deal, but Petkova admitted to knowing the owner of the prospective buyer Inercom Bulgaria, whom the Bulgarian media reports identified as Ginka Vurbakova.

Speaking from Brussels on February 23, Bulgarian Prime Minister Boiko Borissov said that “we cannot control a deal in the Czech Republic between private companies, nor interfere. Unfortunately, Temenouzhka Petkova said that she knows those people and I would not leave even a shred of doubt in any Bulgarian that we are behind one completely private transaction.”

He said that Petkova’s offer to resign was “the honourable and correct action in this situation.” Bulgarian National Radio (BNR) also reported that Borissov intended to accept the resignation and nominate a replacement after talks with his coalition partners.

But Tsvetan Tsvetanov, floor leader for Borissov’s GERB party, said that the issue of Petkova’s resignation should be discussed in the coalition council.

“There are a lot of people interested in attacking Temenouzhka Petkova. This is a convenient situation that the opposition can use to seek yet another public row, in order to undermine the authority of the government and everything we are doing now,” he said, as quoted by BNR.

Socialist leader Kornelia Ninova wasted little time in meeting those expectations, reading a party declaration from the Parliament lectern, in which it called on the government to oppose the deal on grounds of national security and said that Borissov would be held personally responsible if the deal went ahead.

Somewhat more puzzling was her insistence that President Roumen Radev and ombudsman Maya Manolova should both make a stance on the proposed transaction. (As an aside, a recent poll showed that Radev, elected on the socialist ticket in 2016, and Manolova, a former socialist MP and one-time rival of Ninova for the party leadership, both enjoyed much higher approval ratings than the socialist leader does.)

In reply, GERB MP Delyan Dobrev, himself a former energy minister in the first Borissov administration and now head of the energy policy committee in parliament, said that the deal would be thoroughly investigated by the utility and anti-trust regulators.

Acknowledging his own concerns about the proposed deal, Dobrev said that Ninova did not need to be so overly dramatic. “Bulgaria has its institutions and there is no need for your appeal for them to do their job. You know very well that even though CEZ chose Inercom as the only bidder to hold talks with, this deal would be thoroughly investigated by the Commission for Protection of Competition and the Commission for Energy and Water Regulation,” he said.

Meanwhile, Finance Minister Vladislav Goranov described Petkova’s resignation as hasty. “It is hasty because I see no arguments for it, but I am not familiar with the details either. If everyone who has a long-term friend has to bear responsibility for their actions or inaction, and we’re talking about a private transaction here, that would be strange to me. I see nothing improper in such a deal to seek any sort of responsibility – moral or political – but that is her decision,” he said. 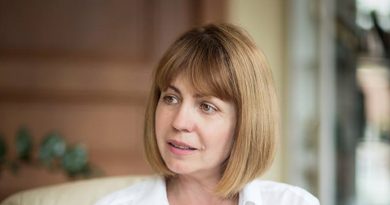