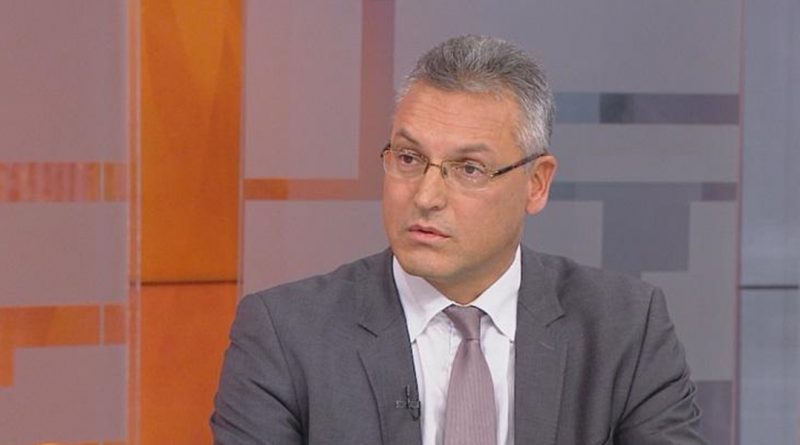 Bulgaria’s National Assembly voted on February 21 to oust socialist party MP Valeri Zhablyanov as Deputy Speaker because of his controversial statements on the post-Second World War communist “People’s Court” and other issues.

The proposal to oust him was tabled by Prime Minister Boiko Borissov’s centre-right GERB party with the backing of its ruling majority allies the nationalist United Patriots.

At the close of a fiery debate in the House, lasting more close to two hours, the vote was 110 in favour of his ousting, with 71 against. GERB, the United Patriots and Vesselin Mareshki’s Volya party voted in favour, the Bulgarian Socialist Party against, while the Movement for Rights and Freedoms did not participate in the voting.

Debate on the motion proceeded after the House voted down a proposal by the Bulgarian Socialist Party to have the item removed from the agenda.

Opening debate on behalf of GERB, MP Danail Kirilov cited Zhablyanov’s statements in January 18 when he criticised the good-neighbourliness treaty between Bulgaria and Macedonia, voted by the National Assembly that day, and cited Zhablyanov’s conduct in disrupting, on February 1, the paying of tribute to the victims of the communist regime.

Kirilov said that Zhablyanov’s statement that the “People’s Court” was “necessary and inevitable wartime justice” discredited the Bulgarian Parliament and undermined its authority.

The “People’s Court” saw death sentences handed down to about 2600 people, while it also sentenced thousands to life- and long-term prison terms. Those executed or jailed included members of the government and parliament of wartime Bulgaria.

The February 2018 political storm over the “People’s Court” arose when the BSP condemned not only the Lukov March, held in honour of a pro-Nazi Bulgarian general and political leader, but also used the controversial phrase about the “People’s Court” in its statement. The BSP later removed this statement from its website, while acknowledging that it had been authored by Zhablyanov. In ensuing days, the BSP parliamentary group decided to publicly back Zhablyanov.

On February 15, GERB demanded that Zhablyanov step down as Deputy Speaker because of his “People’s Court” statement, saying that it would proceed to demand that he be voted out should he fail to resign.

The February 21 debate was attended by members of the union of those repressed by the communist regime, a fact acknowledged by some speakers in the debate.

In the National Assembly on February 21, Movement for Rights and Freedoms (MRF) MP Yordan Tsonev said that there were no legal grounds for demanding Zhablyanov’s resignation.

The MRF had also condemned the “People’s Court” but, as an MP, Zhablyanov had “functional immunity” to express his opinion, Tsonev said. The MRF MP accused GERB of double standards, underlining that there also should be condemnation of the 1980s “Revival Process” in which the communist regime persecuted Bulgarians of Turkish ethnicity.

The MRF would not take part in “this farce,” Tsonev said, announcing that the party would leave the House and abstain from voting.

Zhablyanov told the House that Bulgaria’s 1991 constitution gave him the right to say what he thought. He dismissed the motion for his resignation as characterised by “political arbitrariness, factual weakness and political helplessness”.

The 28 years of democracy had proven to be a period in which Bulgaria’s right-wing parties had shown that they were “ready at any moment to become fascist but never to democratise”.

BSP leader Kornelia Ninova said that the demand for Zhablyanov’s resignation was unlawful and unconstitutional. The constitution gave him the right to express his opinion, she said.

Announcing that the BSP group would walk out of the House for the duration of the debate, but would return for the vote on the motion, Ninova said that if the motion was approved, the BSP would approach the Constitutional Court and the European Court of Human Rights.

The BSP would not nominate a new Deputy Speaker, Ninova said. Bulgarian parliamentary practice is for each recognised parliamentary group to be entitled to name a deputy presiding officer.

Zhablyanov is the second presiding officer to lose his post since the current Bulgarian National Assembly was elected in March 2017. Dimitar Glavchev of GERB resigned as Speaker in November 2017 after a row over his expulsion of Ninova from the hall during a debate.

Ninova told the House that the move against Zhablyanov was revenge for the resignation of Glavchev as Speaker.