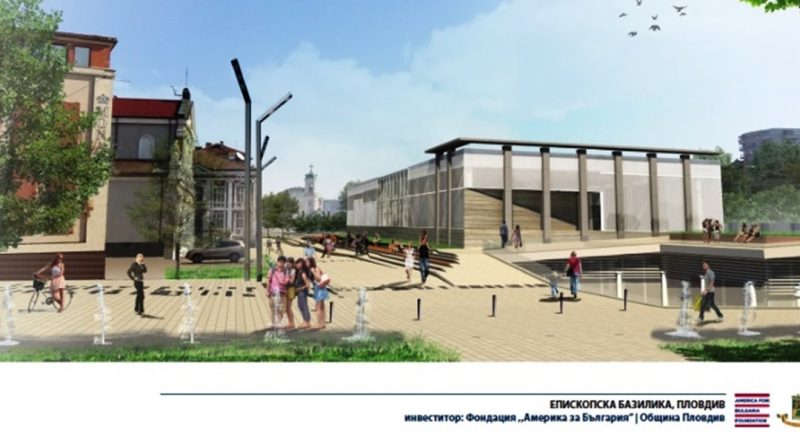 The design for a protective lightweight metal-and-glass protective cover for the Great Basilica in Plovdiv has been unveiled.

Archaeologists working at the site in recent months have unveiled numerous discoveries, notably the beautiful mosaics at the site.

Designers from Zoom Studio and Duo Studio told the media in Plovdiv that the principle of the design, of the metal structure with diffused glass, is that the intervention in the surrounding environment is minimal.

The main goal is to merge the building with the rest of the urban fabric, architect Plamena Andonova said.

The protective structure will be based on the contours of the Great Basilica, but will not be as high as the original Basilica building.

The future museum’s structure will be 10 metres high, and inside, there will be two levels where both layers of mosaics will be on show.

The area in the vicinity will be a “green” walking area. In front of the Roman Catholic cathedral and in the area around the boulevard, there will be a square space with places for rest, while there will be a children’s playground and a green belt on the eastern side. Plans are to put 29 parking places for cars and two for buses on the edge of the new square area and around the museum itself.

The entrance to the building will be based on the original entrance to the Great Basilica. Visitors will follow a route from the earliest period of the house of worship to the most recent.

Visitors will talk on raised paths above the mosaics, without direct contact with them. The building will have a restoration studio, a small events space, a souvenir shop, a showroom and a virtual reality facility.

The second level will end with a panoramic terrace overlooking the Forum, the Odeon and the Ancient Theatre, which will mark the beginning of a Roman tourist route.

The square space will be made of natural materials, including stone and wood.

The America for Bulgaria Foundation has invested 8.2 million in the archaeological, restoration and museum project for Plovdiv’s Great Basilica. The goal is for the museum to open in early 2019, the year that Plovdiv will be European Capital of Culture. Plovdiv mayor Ivan Totev said that municipal investment in the project would reach eight million leva. 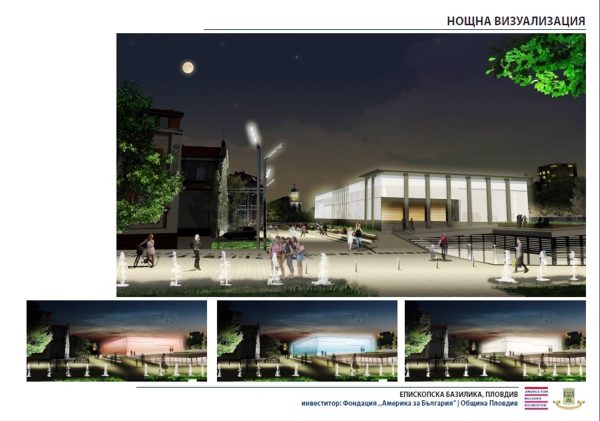 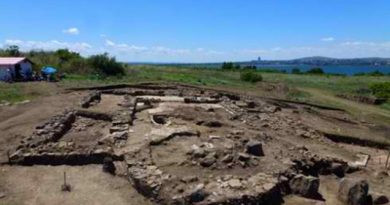