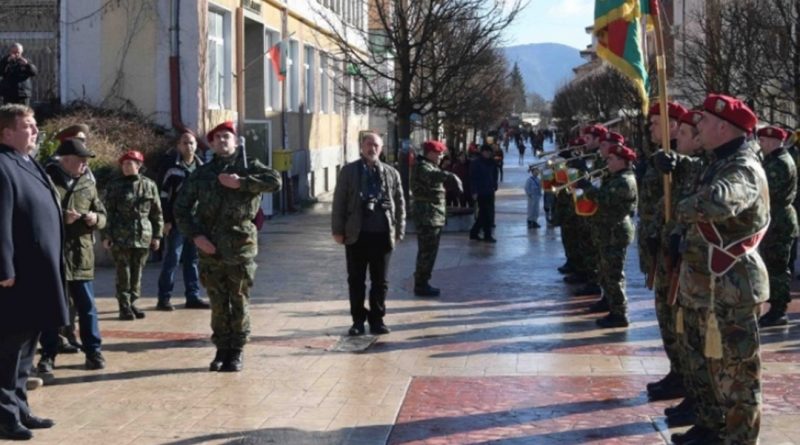 Karakachanov said that he had not given up on the idea of legislating the return of conscription. This idea was a key plank in the election platform of the United Patriots coalition, the grouping of nationalist and far-right parties of which Karakachanov is a co-leader, ahead of the 2017 early parliamentary elections.

He said that the introduction of voluntary service was the first step in this direction.

In the communist era, when the country was a member of the Warsaw Pact, there was conscription in Bulgaria. The system of calling up men between the ages of 18 and 27 was abolished in 2007, four years after Bulgaria joined Nato. Since then, Bulgaria has relied on enlisting people for full-time military service, though there continue to be serious shortfalls in numbers.

“I continue to insist on introducing conscrption as I believe that young boys and men in Bulgaria should have military training,” Karakachanov told reporters in the town of Smolyan, at a January 16 ceremony to send off a contingent to Nato’s Resolute Support mission in Afghanistan.

“We are constantly talking about the risks in the world we live in,” Karakachanov said, adding that these risks were not diminishing, but regrettably were “getting closer to the border of Bulgaria”.

He envisaged the volunteers serving not as permanent members of the armed forces, but as volunteers from six to nine months, receiving training in a speciality, and then being transferred to the reserve.

This would solve the problem of shortfalls in the ranks of the armed forces. Some of the volunteers might even like to stay on as service personnel, he said.

Karakachanov said that countries such as Denmark had not abolished conscription, while Sweden, Finland and Norway were bringing it back.

Sweden suspended conscription in 2010 but in March 2017 said that it would return as of January 2018. Finland has universal male conscription, of over-18s. Norway has a law on the conscription of men and women, following an amendment in 2013.

Karakachanov said that the threats to those countries were “much smaller than the threats to us” – the states of southern Europe or the Balkan region.

Countries returning conscription were considering their own security, he said.

“I won’t mention the banal folk saying – whoever does not feed his own army ends up feeding a foreign one. And for 500 years, we fed a foreign army, and that’s enough,” Karakachanov said, the latter a reference to the five centuries of Ottoman rule of Bulgaria.

While the United Patriots, minority partners in Bulgaria’s coalition government, continue to speak of re-introducing conscription, the idea has been rejected by the majority partner in government, Prime Minister Borissov’s centre-right GERB party.