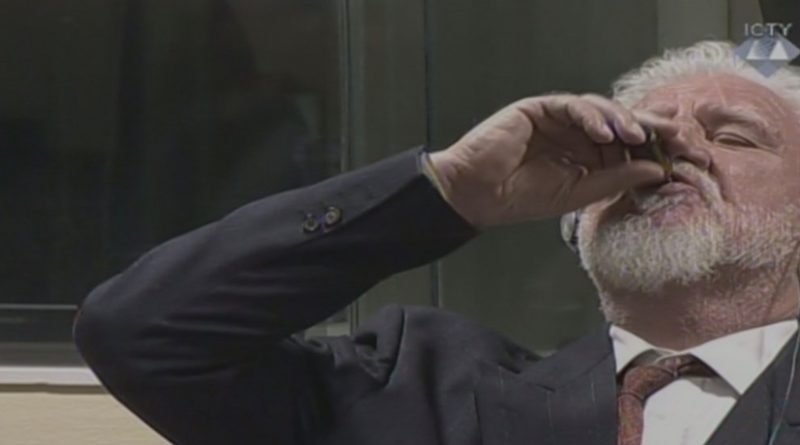 Preliminary results from a toxicological test on December 1 have revealed “a concentration of potassium cyanide” in Slobodan Praljak’s blood, the Hague Public Prosecutor’s Office said in a statement.

On Wednesday, Praljak drank from a small bottle that he said contained poison seconds after an appeals judge at the UN’s International Criminal Tribunal for the former Yugoslavia confirmed his 20-year sentence for crimes during the 1992-95 Bosnian war.

He was pronounced dead at a nearby hospital a short time later.

Potassium cyanide, a highly toxic substance,  is lethal on ingestion in amounts of 200-300 milligrams.

“This resulted in a failure of the heart, which is indicated as the suspected cause of death,” the prosecutors’ statement said.