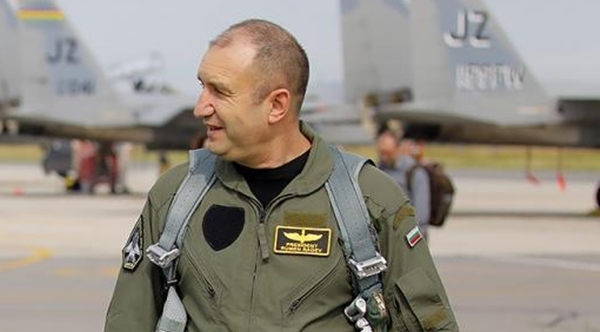 The prolonged political tussle in Bulgaria about the fighter jet acquisition process continued on July 10 with President Roumen Radev accusing the government of procrastination.

Radev was responding to a statement on July 7 by Prime Minister Boiko Borissov that the government would negotiate with all three bidders to supply the Air Force with new multi-role combat aircraft.

Radev, who was the general commanding the Air Force before resigning to stand in Bulgaria’s 2016 presidential elections, said that the process was reverting to the stage it was in 2011, when the possibilities were being explored.

“As someone who was involved in these processes, I had been trying to acquire new aircraft – a new F-18, F-16s, A Eurofighter or a Rafale, but we always crashed on the price, that went beyond the well-defined financial framework,” he said, adding that he would be delighted if the government would make a political decision about the price. But, he said, “let me tell you the answer: ‘it won’t happen’.”

He said that for the past 10 years, he had seen political leaders in Bulgaria try to achieve this political agreement on the price and none had succeeded.

Last week, Defence Minister Krassimir Karakachanov said that the government would not start negotiations until a parliamentary ad hoc committee of inquiry into the fighter jet acquisition process completed its work – a point that may be reached in September.

The parliamentary party of Borissov’s GERB initiated the formation of the committee after parliamentary leader Tsvetan Tsvetanov accused Radev of intefering in the process before the January/May 2017 caretaker cabinet made a decision.

In effect, that caretaker cabinet made no real decision, but was presented with a report by an interdepartmental committee of experts that ranked the bid by Sweden to supply newly-made Gripen multi-role fighters the highest.

In spite of Radev and Borissov having made a show of unity on the military modernisation process, Radev appeared clearly frustrated and annoyed as the week began.

Radev said that Bulgaria was at an important turning point, with a “great chance” to become part of processes in Europe and to participate in research, industrial development and SME development programmes in defence and security.

“We need to unite all institutions in Bulgaria and take advantage of this enormous chance,” he said.

Radev said that the new aircraft would cost money and significantly exceeded the financial framework set by Parliament.

“Let’s not forget that. If they have decided to give much more money, I have nothing to the contrary, as long as they find that money and explain to the public that it has to be spent,” he said.

Radev said that as long as he saw no progress on security and defence issues, the next meeting of the Consultative Council on National Security that he would call would be about corruption.

Other such meetings of the council would be about judicial reform, crime and poverty, he said.

“In the situation as it is at the moment, I do not see any sense in another Consultative Council on National Security meeting about security and defence.”

He said that there were no steps and no clarity about raising the social prestige of the military and motivating military and security personnel, nor any steps to complete modernisation projects in these sectors.

There was something new every day, Radev said, adding that this was not the way to work institutionally.

“I think that we have to learn to respect our own decisions. There are decisions by the Bulgarian government, although they were taken last year (a reference to the fact that in 2016 Borissov was heading his second government; the third Borissov government took office in early May). There is a decision by the Bulgarian Parliament. Suddenly they are in the wastebasket. How can there be trust among people in the institutions?” Radev said.

Since the presentation of the expert report to the caretaker cabinet, there have been mixed and frequently contradictory signals about the fighter jet acquisition process, including about whether the choice was “pre-determined” by the expert committee report.

Borissov earlier said, at a meeting with his Swedish counterpart, that negotiations on the Gripen acquisition would go ahead “within weeks”. At the same meeting, he hedged his bets by also saying that there would be talks about the acquisition of Eurofighters from Italy. All of these statements have been overtaken by events, notably the formation of the parliamentary ad hoc committee.
/Politics 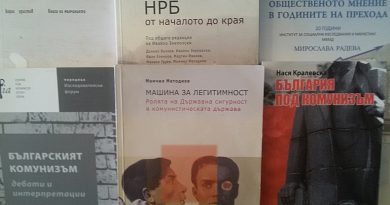