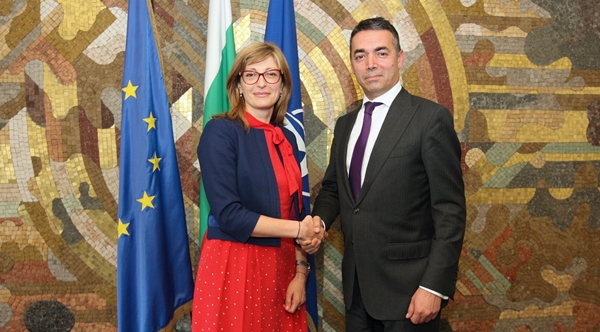 A “basis for compromise” was achieved in talks over the weekend of July 8 and 9 between teams headed by Bulgarian Foreign Minister Ekaterina Zaharieva and her counterpart from Skopje, Nikola Dimitrov, on a draft treaty of good neighbourly relations between the two countries.

This is according to a Bulgarian Foreign Ministry statement, which said that the talks by the teams led by Zaharieva and Dimitrov had proceeded in a constructive atmosphere.

The two days of talks were part of a process between the governments in Sofia and Skopje, aimed at achieving the signing of the treaty on August 2 2017.

If this happens, it would be an achievement after several years of an on-again, off-again series of attempts to finalise and approve the treaty, intended as a significant step at resolving difficulties in relations between the neighbouring countries.

It was not made clear by the Bulgarian statement which issues remain outstanding regarding the good-neighbourliness treaty, nor what “basis for compromise” was in hand.