In the coming weeks and months, what Bulgaria has discovered about the terrorist bombing at Bourgas Airport will not remain without consequences in Europe, Bulgaria’s Foreign Minister Nikolai Mladenov has said.

On February 5 2013, Bulgaria said that its investigation into the terrorist bombing, in which five Israelis, a Bulgarian and the carrier of the bomb died, led to people linked to the military wing of Hezbollah.

This has raised, among other things, the issue of whether the EU will declare Hezbollah a terrorist organisation or opt for one of the other out of the range of responses possible for the bloc.

Mladenov, speaking to local media in an interview on February 9, said that having said that Hezbollah’s military wing was responsible, Bulgaria could not be expected to take a “soft or unclear” position in the discussions from here on.

He reiterated that Bulgaria’s public identification of the involvement of people from Hezbollah’s military wing defended national security, not put it as risk, as some opposition parties in Bulgaria have alleged.

Mladenov also underlined that it was the military wing of Hezbollah that was connected to the attack, not the political wing. He said that the prime minister of Lebanon, whose government includes members of Hezbollah’s political wing, has pledged to assist Bulgaria in the investigation.

Bulgaria is to forward to Lebanon the comprehensive report on the investigation to Lebanon via diplomatic channels in the next few days. The report will include the names of the suspects.

On February 5, when Bulgaria announced the results of its investigation so far, the suspects were named as people with dual Lebanese and, respectively, Australian and Canadian nationality, but their names were not disclosed.

Bulgaria has a treaty on mutual legal co-operation with Lebanon. Reportedly, however, the treaty does not explicitly oblige Lebanon to hand over to Bulgaria the suspects if they are found to be on Lebanese territory.

On February 9, Interior Ministry chief secretary Kalin Georgiev said in a television interview that the investigation had entered the phase of gathering direct evidence about the perpetrators of the act of terrorism.

He said that the investigation had established that the two suspects had been in Warsaw and had travelled via the Czech capital Prague and Romania to Bulgaria. They had spent some time at places on Bulgaria’s Black Sea and after the attack had left by the same route.

Georgiev said that it had been established that the fake driving licences used by the two suspects in Bulgaria had been made on a printer in Beirut.

He said that the DNA profile of the suspect who used the fake identity of Jacques Philippe Martin while in Bulgaria proved that he had been in contact with another person involved in the attack.

Meanwhile, on February 10, the Foreign Ministry rejected media reports saying that Iran would withdraw its ambassador from Sofia.

On February 10, the Bulgarian government media office said that Prime Minister Boiko Borissov had held a telephone conversation with US secretary of state John Kerry, and had thanked Kerry for US assistance in the investigation into the Bourgas Airport terrorist attack. Kerry had congratulated Bulgaria on the high level of professionalism in the investigation, the government media office said. 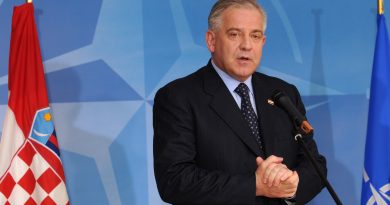 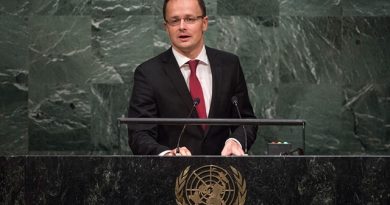