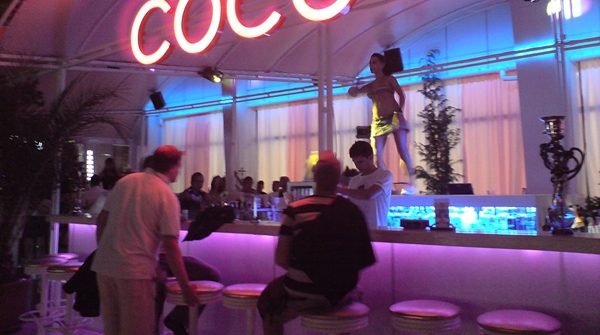 Having announced that he wants to legislate against organised pub crawls – though it remains unclear how such a law could be worded – Bulgarian Deputy Prime Minister Valeri Simeonov is continuing his fixation on the chaos at the Black Sea holiday resort of Sunny Beach.

Recent days have seen the customary annual Bulgarian media reports about drunken foreign tourists at Sunny Beach. One noted that “informally”, of the foreign tourists who come for the cheap alcohol, the Danes were the most disciplined and the British the worst-behaved.

A particular focus this year has been street sales of balloons and cylinders containing what is said to be “laughing gas”. The contents and legality of the substance remain unclear, though the effects – giddiness, giggling and rowdiness – are apparent. Bulgarian authorities currently are investigating what the substance is and whether the trade is legal.

Simeonov, a co-leader of the nationalist United Patriots grouping that is the minority partner in the coalition government, has long had his political stronghold in Bourgas, the Bulgarian Black Sea city about 35km south of Sunny Beach.

He has been keen on media appearances on the topic, and the latest government media statement on large-scale checks on vehicles and places of entertainment and trade in Sunny Beach headlined that these had been at the initiative of Simeonov, whose deputy prime ministerial portfolio covers demographic and economic policy.

The mass checks, the government statement said, had the purpose of “ensuring the calm of the tourists”.

The June 26 statement that in the past 24 hours, checks of resort vehicles had found “hundreds” of violations, mainly in respect of unregulated mobile attractions, electric tricycles and carts.

“In consultation with Interior Minister Valentin Radev and the Ministry of Interior, on the proposal of Deputy Prime Minister Simeonov, it was decided to strengthen the presence of the control authorities in the resort by sending additional five teams of the Traffic Police,” the statement said.

Other breaches that were found were the blocking of pavements by commercial outlets, many illegal.

The statement quoted Simeonov as saying that failure to comply with the statutory rules was creating “chaos” in Sunny Beach and making it impossible for tourists to have a normal holiday.

“This degrades the opportunities of the Black Sea coast to attract more solvent tourists,” Simeonov said.

He called for checks of companies where violations were found.

Overall inspections will continue with higher intensity this week, as the co-ordination centres in Varna and Bourgas start functioning, the statement said. These centres involve various state institutions, including the police.

The creation of the co-ordination centres was agreed at the beginning of the month at a working meeting held by Simeonov with representatives of state institutions, aiming to guarantee the peace of tourists, the statement said.

In the first half of May, Simeonov promised a “show” at Sunny Beach. In ensuing weeks, bulldozers moved in to demolish illegally-placed stalls, and June has seen crackdowns by tax inspectors and other state bodies.

In July 2016, following a shootout among controversial figures at a beach bar in Sunny Beach, Prosecutor-General Sotir Tsatsarov described the resort as a “state within a state”.

“Sunny Beach is a sort of economic and administrative state within a state,” Tsatsarov said at the time, describing it as a place attractive to anyone who wanted to earn income illicitly. 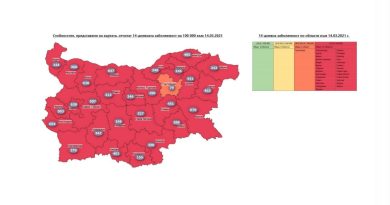