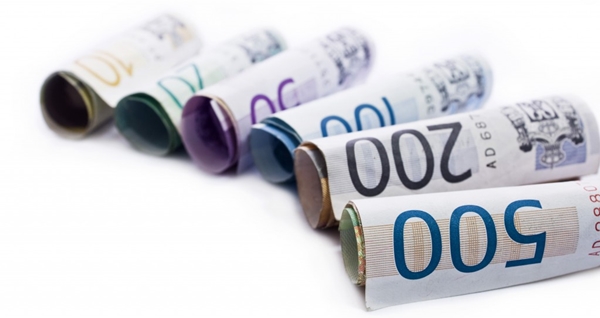 The issue ratings on Bulgaria’s senior unsecured foreign and local currency bonds have also been affirmed at ‘BBB-‘, the ratings agency said in a June 2 statement, quoted by Bulgaria’s Finance Ministry.

Fitch noted that in 2016, Bulgaria recorded a current account surplus of 4.2 per cent of GDP, outperforming the median 1.5 per cent deficit of its ‘BBB’ peers, and above the five-year average of 0.9 per cent of GDP.

Gains in export performance and competiveness are set to underpin current account surpluses forecast by Fitch at an average of 3 per cent for 2017-2019.

Public debt sustainability is supported by a low share of interest payments to revenue (2.3 per cent, 2016) and a long average residual debt maturity.

“Risks to the growth outlook are balanced and highly dependent on both private and public sector investment activity. Higher growth can come from higher-than-forecast public expenditure of EU structural funds and/or a sustained resumption of credit growth. An underperformance of both factors would risk lower economic growth.”

Fitch views the domestic banking sector as a lower probability of risk as a contingent liability on the sovereign’s balance sheet, following the results of a sector-wide asset quality review (AQR) published in August 2016.

“However, shortcomings have been identified in the latest published IMF Financial Sector Assessment (FSAP), which called for a strengthening of supervision and governance, a more robust financial safety net for times of crisis management, as well as a resolution of the high level of non-performing loans (NPLs) in the sector,” the ratings agency said.

One was that the appointment of a new government in early May “offers economic and fiscal policy continuity”.

Prime Minister Boiko Borissov of the centre-right GERB party with its junior coalition partner nationalists United Patriots replaces the former GERB-Reformist Bloc cabinet, and will have the task of preparing Bulgaria for its EU Presidency in 2018.

“A history of unstable governments means the stability of a GERB-United Patriots coalition is not guaranteed. While there is broad-based political commitment towards pro-EU policies, a changeable political environment can disrupt effective policy-setting – the latest example being related to changes in budgetary measures.”

World Bank governance indicators are in line with the peer median, Fitch said

It added that Bulgaria’s GDP per capita is below the median level of ‘BBB’ peers and higher rated sovereigns.

“Progress in income convergence will depend on how effective authorities push ahead structural reform, where labour market rigidities remain a key challenge against worsening demographics.”

The agency said that key assumptions in its announcement were that Fitch assumes the Bulgarian authorities will maintain continuity in economic and fiscal policy, and that the global economy performs in line with Fitch’s Global Economic Outlook.

Bulgaria expands categories of people to be tested for new coronavirus