Two Bulgarian Jewish organisations jointly have strongly condemned the statements and inappropriate comments by Valeri Simeonov, deputy prime minister and leader of the nationalist United Patriots, amid the controversy over a now-former deputy minister who had been photographed giving a Hitler salute to wax figures of Nazis.

At a May 18 news conference at Sofia Central Synagogue, Shalom Organisation of the Bulgarian Jews president Dr Alek Oscar and Central Israelite Spiritual Council president Sofia Koen said: “We are seeing an ugly manifestation of disrespect to the memory of the millions of innocent victims who died in the concentration camps during the Second World War”.

This displayed a debased political culture and insensitivity towards the greatest tragedy in human history, they said.

“When we talk about the Holocaust, joking is inappropriate,” said the statement, read out by Oscar.

After it emerged that Pavel Tenev, appointed as a deputy minister from the United Patriots quota in the coalition government, had been photographed giving the Hitler salute, Simeonov reportedly made comments to the effect that in the 1970s, he had been taken on a visit to Buchenwald and “Come to think of it, who knows what kind of joke photos we took there…can anyone say now, submit your resignation and go back to the village”.

Tenev resigned on May 17, after just two days in office.

At the news conference at the Sofia Synagogue, there were seven Holocaust survivors present, including a survivor of Auschwitz and of the Warsaw Ghetto. They expressed revulsion and dismay at “jokes” related to the Holocaust. 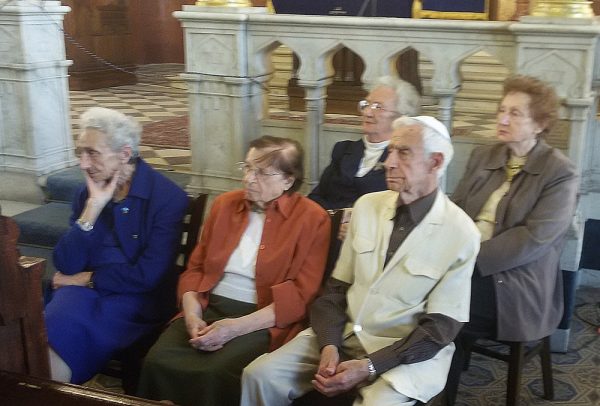 The joint statement said that this was not the first time that Simeonov made inappropriate jokes on ethnic, religious and community issues. “This rouses regret and concern that such people take leadership posts in the government of the country,” Oscar said.

All of this was taking place at a time of the approach in 2018 of the 75th anniversary of Bulgaria’s prevention of Bulgarian Jews to the Holocaust death camps of the Nazi regime, and the year that Bulgaria will hold the rotating presidency of the European Council.

The Shalom-Israelite Spiritual Council statement said that Bulgaria was known through the world for its inter-ethnic and religious tolerance and such statements regarding the Holocaust damaged the reputation of the country, and were contrary to its European and its shared human values.

The statement called on politicians and society to be especially careful about actions linked the language of hatred.

In the National Assembly, the opposition Bulgarian Socialist Party and the Movement for Rights and Freedoms both called for Simeonov’s resignation as deputy prime minister.

MRF MP Hamid Hamid said: “We are calling for the immediate removal of extreme nationalists from this government and this coalition, which is literally tearing Bulgaria away from Europe. Let us consider that the sensitive Jewish community will not forgive this”.

Vesselin Mareshki’s Volya party, the smallest in the National Assembly with 12 MPs and which two weeks ago voted in favour of the third Borissov government coming to power, was discussing on May 18 whether to call for Simeonov’s resignation.

United Patriots MP Boris Yachev told reporters in Parliament that “there is no scandal, no drama”.

Simeonov was remaining in the government. “We do not intend to withdraw any of our representatives from the executive,” Yachev said, adding that this was the shared position of the United Patriots parliamentary group.

“We are aware that it is best for the opposition, both for the BSP and the MRF, that the United Patriots are not only not in the executive branch, they are not in Parliament, and certainly not in politics,” Yachev said. He said that Simeonov with his “very consistent and firm behaviour is inconvenient for many people”.

Tenev has insisted that the photo of him giving a Hitler salute were one of a series taken at the Grevin wax museum in Paris, in which he struck poses intended to be “humorous”.

The turbulence for Borissov’s GERB-United Patriots coalition government, which took office on May 4, mounted on Thursday as it emerged that another figure linked to the United Patriots, Ivo Antonov, was to be fired over social network posts of a photograph of him giving a Hitler salute next to a Second World War German Maybach tank at the Military History Museum in Sofia. 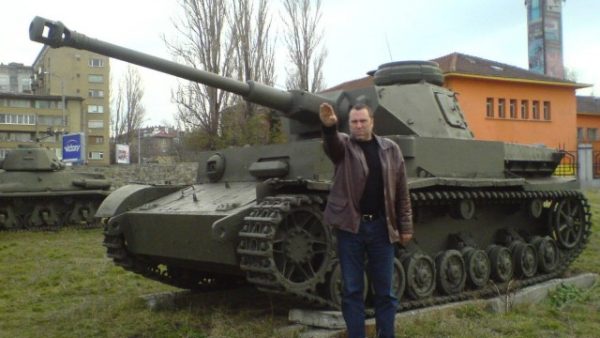 It was not the first time that Antonov’s photo had been a matter of public controversy. Three years ago, he was nominated to become a deputy defence minister, but this was withdrawn when the photo emerged. On May 18, GERB parliamentary group leader Tsvetan Tsvetanov said that Antonov, head of the social activities department at the Defence Ministry, would be dismissed because of content on his social network presence. Reports alleged that this included positive assessments of the Third Reich.

Covid-19: GPs in Bulgaria may also vaccinate those not on their patients lists