Bulgaria’s newly-elected 44th National Assembly will hold its first sitting on April 19 2017, as decreed by head of state President Roumen Radev, it was announced on April 7.

The decreeing of the first sitting, to begin at 10am, follows the March 26 early parliamentary elections that produced a National Assembly that will have five parliamentary groups, with Boiko Borissov’s centre-right GERB the largest at 95 out of 240 seats.

On April 7, negotiations on a possible future coalition government continued between GERB and the nationalist United Patriots coalition, which will have 27 seats – just enough to provide support from among more than half of the MPs to vote a cabinet into office.

Following the talks, GERB negotiator Vladislav Goranov said that a government would be ready by April 19 to be put to the vote in Parliament.

The Friday talks involved, on the GERB side, deputy leader Tsvetan Tsvetanov, Krassimir Velchev and Delyan Dobrev, and on the United Patriots side, Krassimir Karakachanov, Valeri Simeonov and Volen Siderov.

Karakachanov told reporters that the issue of the members of the cabinet had not been discussed and that he was “tired” of speculation on the topic. All that was clear was that Borissov would be Prime Minister, he said.

Asked whether GERB would be handing the defence portfolio to the United Patriots (Karakachanov’s name frequently has been mentioned as the next Defence Minister), Goranov said that protecting Bulgaria’s borders was a very patriotic matter.

A day earlier, following the talks on April 6, Karakachanov also said that by that stage, the allocation of ministerial portfolios had not been discussed.

The Thursday talks had seen comparisons of the two sides’ positions on the budget and pensions.

According to Karakachanov, the GERB and United Patriots teams had reached “full consensus” on the policy on combating conventional crime.

Also discussed were policies on small and medium-sized business and relieving the administrative burden on this part of the private sector.

Karakachanov said that the United Patriots and GERB had differences on the idea of introducing a majoritarian electoral system for Parliament, which Borissov’s party wanted, but this would not obstruct progress in the talks.

(Photo of the National Assembly in Sofia: (c) Clive Leviev-Sawyer) 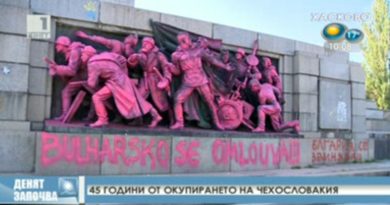 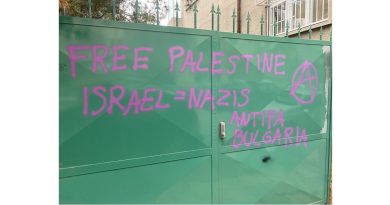 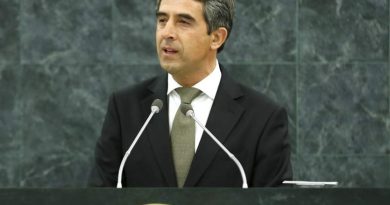