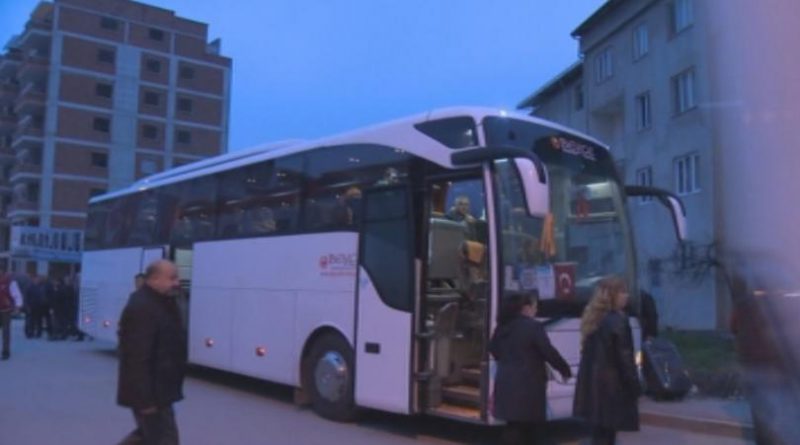 In a report on the bussing-in of voters from Turkey to Bulgaria for the country’s March 26 elections, public broadcaster Bulgarian National Television said on Friday that four buses from just one district of Bursa had arrived in Bulgaria that morning.

The bus passengers were coming in to vote, and to take the opportunity to visit relatives.

The political emissaries organising the trips have lists of names of people who should be put on to the buses. The operation is well-organised, with fixed departure times, and those coming in have had text messages on their phones about which party they should be voting for.

Dozens of buses were leaving Bursa daily for Bulgaria. Most of the passengers were travelling to Kurdzhali, Krumovgrad, Benkovski and the villages in the region where they were born and where they will vote in Sunday’s elections of Bulgaria’s 44th National Assembly.

The bus travellers told BNT that they did not know who was paying for their trips. Some showed the reporting team the SMSes that they had received about which party to support.

The report said that two of the men who were ensuring that everyone got on to their designated bus admitted that they were from a political party.

Those involved in the organisation of the buses include local and regional mayors and others from the local authorities in Bursa, according to the report.

About 50 000 Bulgarian emigres in Bursa have the right to vote in Bulgaria’s parliamentary elections.

The bus excursions from Bursa were organised because in the Turkish city, there will be only eight polling stations, not enough for everyone entitled to vote to cast a ballot there.

Ahead of Bulgaria’s March 26 elections, the largest number of notifications of intention to vote outside the country came from Turkey, about 19 000.

In Bulgaria’s November 2016 presidential elections, about 29 000 people voted in Turkey. Estimates are that on March 26, this number will double.

Governed by laws about reporting by public broadcasters during the official election campaign period, BNT did not identify any political party in the course of its report.

However, in Turkey, two political parties are of principal significance when it comes to Bulgarian passport-holders – the Movement for Rights and Freedoms, founded by Ahmed Dogan, and the more recently-founded breakaway, Lyutvi Mestan’s DOST, which has had the open backing of Turkish officials.