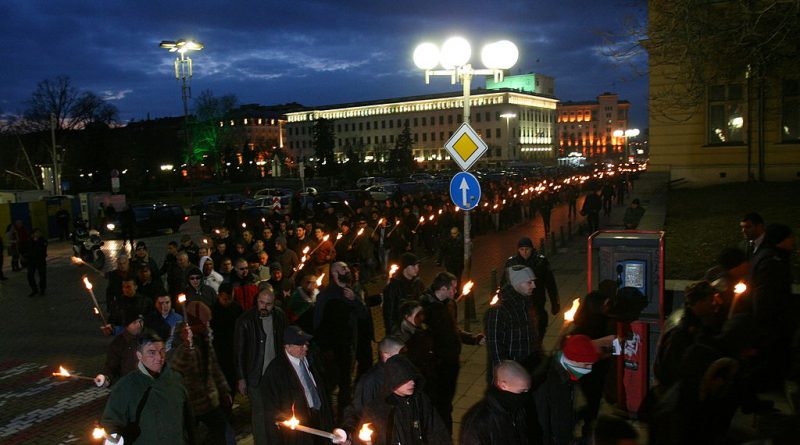 As in several previous years, the Shalom Organisation of the Jews has issued a call to Sofia municipality to ban the 2017 “Lukov March”, a far-right torchlight procession honouring a World War 2 general denounced by detractors as a pro-Nazi and an anti-Semite.

Organised by the ultra-nationalist Bulgarian National Union and other far-right organisations, the march has been held since 2003 in honour of Hristo Lukov, who headed the Union of Bulgarian National Legions and was war minister in Bulgaria before his 1943 assassination.

Shalom is among several organisations, as well as foreign embassies including those of the United States, Russia and Israel, that repeatedly over the years have called for the banning of the Lukov March. Human rights organisations and some political parties also have joined these calls, and though in recent years the march has been banned, it inevitably has gone ahead.

In a February 14 2017 statement, Shalom said that Lukov had headed one of the most radical organisations in Bulgaria, that preached racism and anti-Semitism.

“We must not allow today a torch procession to ignite hatred of the Other,” Shalom said. “Let us teach our children that in multifaceted Europe, ‘as others are to us, we are to others’.”

Shalom called on law enforcement institutions, in the form of the Prosecutor’s Office, the Interior Ministry, the State Agency for National Security, and the leadership of Sofia city council to take the necessary steps to maintain public order and to ban the demonstration.

Referring to the fact that the 2017 Lukov March is on February 18, when Bulgaria honours the memory of Vassil Levski – hanged by Ottoman authorities on that date for his efforts to free Bulgaria – Shalom said that in remembering Levski, everyone should remember his aspirations that in a free Bulgaria, “Bulgarians, Turks, Jews and others will be equal in every respect, whether in faith or in nationality, in civil terms and in everything else”.