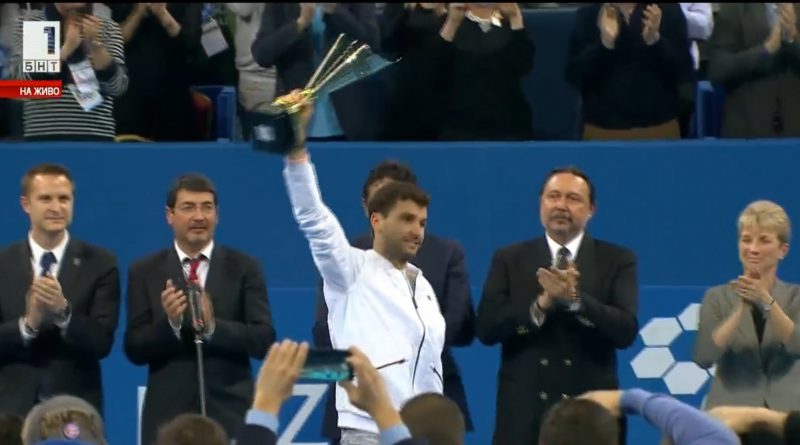 Grigor Dimitrov won his second title of the year in front of a sell-out crowd at the Arena Armeec in Sofia on February 12, defeating Belgium’s David Goffin in straight sets 7-5, 6-4.

In its second year, the Garanti Koza Sofia Open owes its very existence to Dimitrov’s emergence as one of the top players on the ATP Tour and drew a strong field of contenders this year, with the top four seeds all ranked among the top 16.

After a difficult opening match against Poland’s Jerzy Janowicz, which saw Dimitrov come back from a set down, the local crowd’s favourite blazed through the draw without dropping a single set.

He started strongly in the final as well, breaking serve to take a 3-0 lead, but Goffin pegged him back and had several chances to take the lead. But as the frame looked to be heading into a tie-break, several errors from Goffin gave Dimitrov a set-point, which he converted at the first time of asking.

In the second set, Dimitrov looked unstoppable early on, racing to a 5-1 and 40-0 lead, but Goffin saved all three match points and broke Dimitrov’s service twice to claw his way back into the match. But serving to tie the set at 5-5, Goffin faced a more patient opponent, with Dimitrov dominating the rallies and carving out two more match points. Goffin saved the first but an error on the second handed Dimitrov the title.

“This title means a lot to me. It takes me back to the times when I used to play in the state championships [at junior level]. After the last point, I felt like that kid so many years ago,” Dimitrov said in his on-court interview, which was interrupted several times by chants from a raucous 12 000-strong crowd.

The win takes Dimitrov’s record for the year to 14-1, the only loss coming after an epic five-set semi-final loss to Rafael Nadal in the Australian Open. He is set to rise one spot to 12th when the next ATP Tour rankings are unveiled on February 13.

Dimitrov will get little rest to enjoy his first ATP Tour title on home soil, as he is set to take part in the ATP Tour 500 tournament in Rotterdam next week.