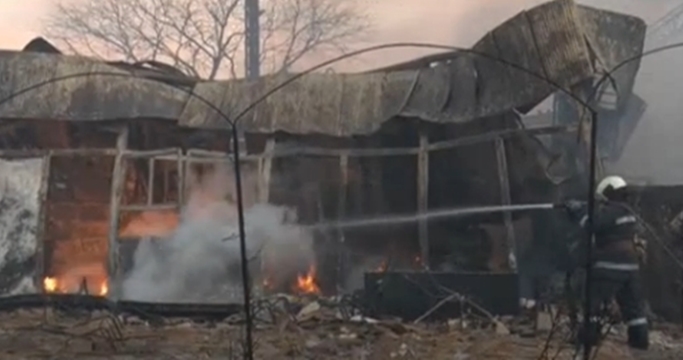 Bulgarian Transport Minister Ivailo Moskovski said that ahead of the gas transport train explosion at Hitrino railway station that left at least five dead and 27 injured, a pointsman at the railway station saw sparks coming from the locomotive.

This could mean that the train driver made an abrupt manoeuvre and an attempt to drastically reduce speed, Moskovski said, speaking on December 10, a few hours after the fatal blast.

However, he underlined that it was too early to talk about specific reasons for the accident as Transport Ministry teams were still investigating.

The speedometer records from the locomotive would have to be downloaded for examination, Moskovski said.

A special crisis team at the Ministry of Transport had been set up at 6am, less than an hour after the accident, which devastated the railway station and flattened three rows of houses nearby.

Moskovski said that the train had been made up at Druzhba station near Bourgas. All requirements had been met and the carrier had a special platform for loading.

At Hitrino, the train – which had been bound for Romania via Bulgaria’s city of Rousse on the Danube – had to make a detour to clear the railway line for a passenger train.

Earlier on the morning of December 10, the mayor of the village of Hitrino, which is the Shoumen region about 280km north-east of Bulgaria’s capital Sofia, alleged that the train had been going at high speed.

Bulgarian Prime Minister Boiko Borissov, who visited the scene along with senior Interior Ministry officials, said that the train driver had said that the fifth car had spun off the rest of the train in the derailment.

The driver was alive and would be questioned about what had happened. “The question whether it was a technical error, whether he was speeding, he will say,” Borissov said.

Borissov, who remains in office as head of government after his resignation, pending the appointment of a caretaker government, said that the state would assist the people of the village, where apart from the deaths and severe injuries, property damage was substantial.

He said that the mayor of Shoumen had offered to provide accommodation to those in Hitrino whose houses had been destroyed in the massive explosion and subsequent fires.

Labour and Social Policy Minister Zornitsa Roussinova said that the state would give 325 leva (about 166 euro) ad hoc assistance to the families in Hitrino most in need.

The Social Assistance Agency would provide assistance to destitute people, among them children, she said.

A team from the ministry and the agency had arrived in the village early in the morning to assist those in need.

Further financial assistance could be possible depending on the needs of families, she said.