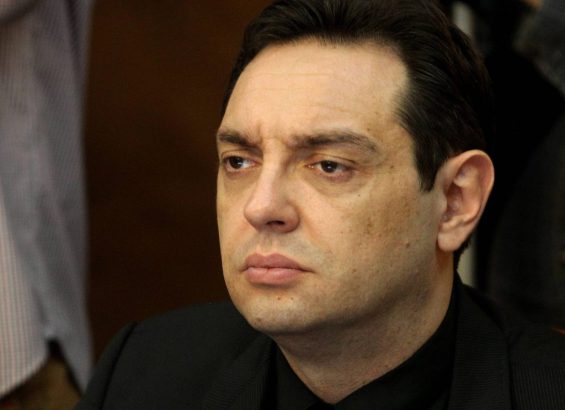 Serbian prime minister Aleksandar Vucic has ordered all state institutions in charge of his security not to give any information on events that have been marked as the part of conspiracy against him, Serbian media learned on Wednesday. Earlier this week weapons were found near Vucic’s family house and in a garage in Belgrade; according to statements given by the premier or his aides these were collected for an assassination attempt against him or his brother Andrej.

At the same time labour minister Aleksandar Vulin (photo) made a link between these events and the US embassy in Serbia. According to Vulin, “problems related with possible assassination attempt against Vucic have started back in election night” (April), when ambassador Kyle R. Scott “has talked with the opposition”. Vulin said that his remarks were not the position of the government.

Scott said he has heard Vulin’s statement but “simply don’t know how to respond”. He said instead that relations between Serbia and US “are in progress and correct”.