Irina Bokova has become Bulgaria’s irascible and annoying ex that just won’t go away, the irritating loudmouth who clings to the belief that somewhere in the extended family, there are those who still have sympathy for her.

In the hours after Bulgaria’s government announced officially that it was formally switching its loyalties in the race to be the next United Nations Secretary-General from Unesco chief Bokova to respected European Commission Vice-President Kristalina Georgieva, Bokova told the New York Times and local publication 24 Chassa, “I’m still in the race”.

Bokova said that she had been in the race since February – when Prime Minister Boiko Borissov’s centre-right government confirmed her candidacy – and still was.

“There have been five rounds of preliminary voting,” Bokova said, referring to the “straw polls” among UN Security Council members, “and the most important phase comes next month, and I see no reason to withdraw at this stage”.

“I feel responsible to those who support me,” Bokova said – though with her country’s government officially switching allegiance, it was not immediately clear who she was talking about.

Bokova, initially seen as a favourite of the Kremlin in the race to succeed Ban Ki-moon in the contest to head the world body, has turned in a diminishing performance in the succession of informal votes among Security Council members. In the most recent votes, not only did she place sixth, she also shed in the politically correct stakes, forfeiting her place as the woman candidate with the most votes.

Bokova’s candidacy has long been bizarre in the Bulgarian domestic political context. A centre-right government is in power in Sofia; Bokova’s pedigree is deeply scored in the socialist, formerly communist, left.

Her candidacy came in February, after a minority left-wing party threatened to withdraw its support for Borissov’s government unless Borisssov’s administration endorsed her.

Borissov did so, even though – in the warp and woof of Bulgarian politics – that same socialist minority party, ABC, had within a few months quit his government anyway.

The Bokova camp frequently has accused the Bulgarian government of doing less than it could to campaign for her.

Whatever the truth of that, politically a lack of enthusiasm among the leading political establishment in Bulgaria may be understandable. In that political context, Bokova is an anomaly.

In that political climate, in which most Bulgarians rejected all that “socialist” as a symbol and legacy of the socialist and communist political past, it was odd to the highest degree to see Bokova elevated as the candidate to head the UN.

Her camp accused, perhaps not without justification, the government of only a half-hearted attempt to lobby for her. Further, there were suggestions that diplomats from Bulgaria were actively, if discreetly, if enthusiastically, briefing against her.

For months, Kristalina Georgieva – the respected European Commissioner, now officially Sofia’s candidate to lead the UN – has been Bokova’s bete noire. Georgieva has an impressive CV, at the European Commission and at the World Bank, and also is popular in local opinion polls – in which, it seems, Bokova’s name means too little to feature at all.

For Bulgarians justifiably embittered by the abuses of the communist past, Bokova represents the “red aristocracy” – those imbued with a sense of entitlement because of their pedigree in the ancien regime.

Online and in the conventional media, guerilla warfare has been conducted in the respective camps, supporting either Bokova or Georgieva. It has gone as far as alleged – if discredited – attempts to allege the distribution of purported “talking points” against Bokova supposedly emanating from the Georgieva camp.

Boiko Borissov’s government may have made a fundamental political error in not grasping the nettle in February, when minority party ABC extorted him into endorsing Bokova – a fact exacerbated by Bokova initially having been put forward by the 2013/14 “Oresharski” government, itself driven from office by Bulgarians irked by its intimacy with controversial figures seen as representing undue influence over Bulgarian public life.

Now the saga has become especially unprepossesing, as Sofia has opted for the more viable, credible and respected candidate, Georgieva, in the way that it should have done in February, had it the political backbone to do so.

And thus, Bokova remains – as she insists – still in the race. The question remains, and will be asked, whose nominee is she? Disavowed by her government, Bokova has only the scrawny prospect of Kremlin support, and the fact that her dismal votes in the UN Security Council votes thus far have shown her to an uninspiring option.

It may fairly be said that Bokova’s campaign in the UN race has been largely of her own driving – and, has been pointed out, the fact that the Bulgarian Foreign Ministry team assigned her has largely its own background of links to the country’s communist-era secret service State Security.

The formal decision of Borissov’s Cabinet on September 28 may be interpreted as meaning, lest Bokova formally withdraw, that the country has two candidates in the race. Or it may be interpreted that Bulgaria has one, Kristalina Georgieva, and the other – Bokova – is a candidate effectively disowned by her own country, an individual running on her, albeit controversial, record. And with, perhaps, some tacit backing from Moscow, whose candidate she has been seen all along, and who may in turn, jettison her somewhere along the way, before someone – at the beginning of 2017 – receives the world body’s benediction to sit in the chair hitherto occupied by Ban Ki-moon. 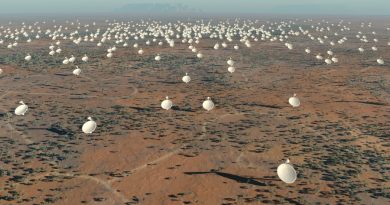