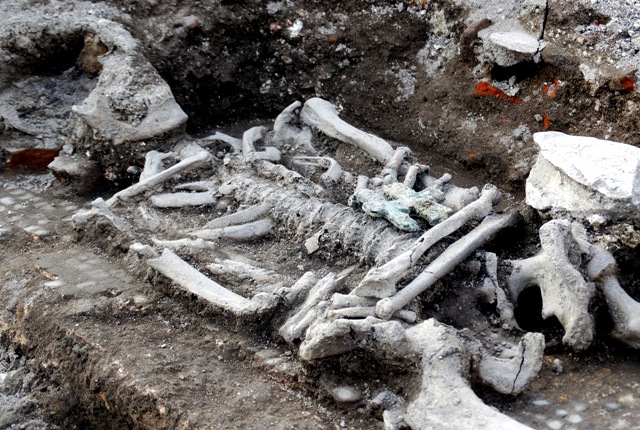 Bulgarian archaeologists excavating the site of the Great Basilica in Plovdiv have found the remains of what is believed to have been a prominent Christian cleric.

The Great Basilica is the largest ancient Christian church to have been found on the Balkans. The site of the Great Basilica, understood to date from the fourth to the fifth centuries, is near Plovdiv’s 19th century Roman Catholic St Ludwig church. The basilica was 86.3 metres long and 38.5 metres wide, and had three naves with an apse at the eastern end of the central nave. On the western side, there was an atrium, surrounded by a colonnade on three sides. 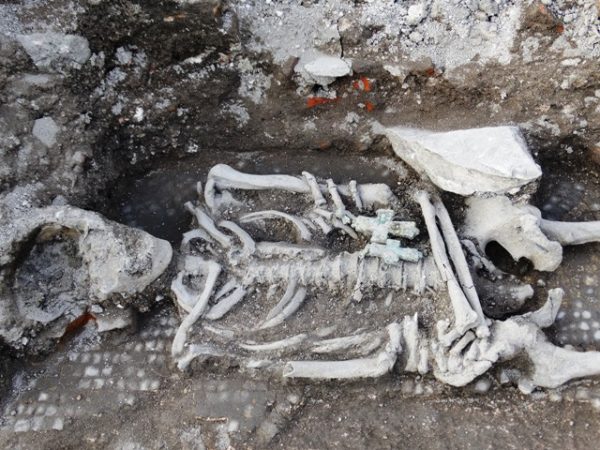 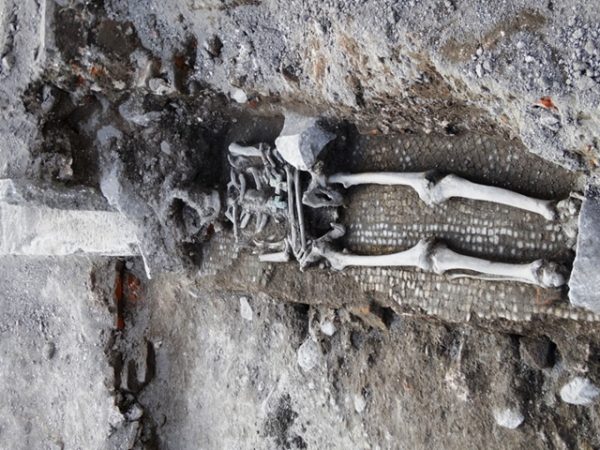 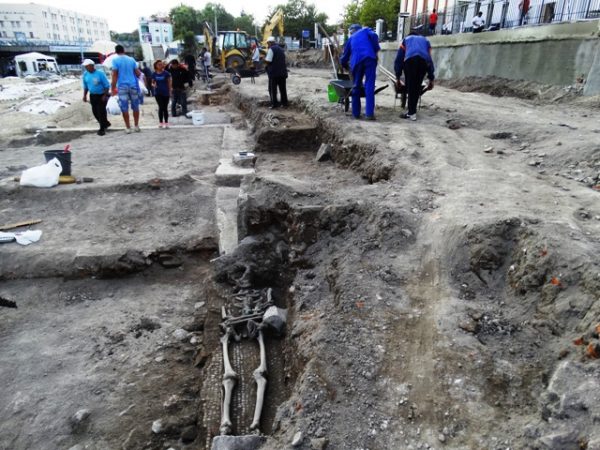 The crosses are to be examined in detail.

The head of the archaeological excavation at Plovdiv’s Great Basilica, Zheni Tankova, said that it is assumed that the bones are those of an important cleric from the Middle Ages.

The find was significant was the finding of such engolpions was not frequent, especially at the mediaeval layer.

In the same area of the Great Basilica, the mosaic floor is being uncovered, and has been found to be in good condition.

The Basilica was in use until the sixth century, when it was seriously damaged by a large earthquake in Plovdiv.

There was a necropolis at the site, dating from the late 10th to the early 12th century. Tankova said that a pit had been found, in which bones from different burials were indiscriminately mixed. This is believed to be the result of old bones being gathered at one end of the necropolis when newer remains were added. 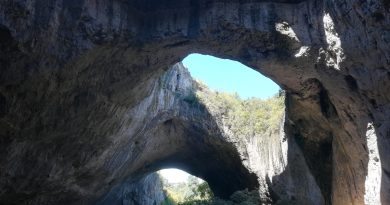 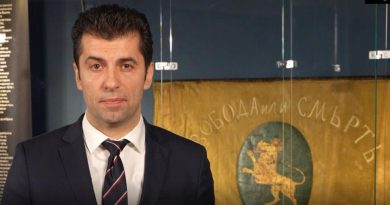