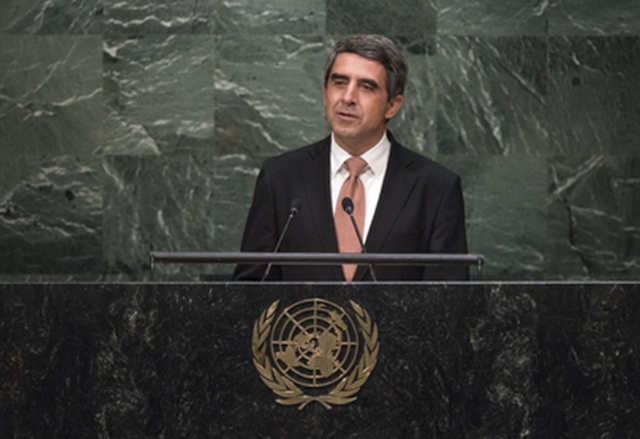 After eight male Secretaries-General the time has come for a capable and respectable woman from Eastern Europe to lead the United Nations, Bulgarian President Rossen Plevneliev has told the UN General Assembly – without actually mentioning his country’s official candidate, Irina Bokova, by name.

Plevneliev addressed the UN on September 22, four days before the UN Security Council holds its next “straw poll” on the official candidates to be the world body’s Secretary-General from January 2017.

Prime Minister Boiko Borissov has said that if Bokova does not place in the top two in the September 26 vote, his government will rethink the question of the country’s candidate.

There has been extensive reporting about the possibility that Kristalina Georgieva, Bulgaria’s European Commission Vice-President and a widely respected figure for her two terms at the Commission as well as her previous World Bank experience, could enter the race to be UN Secretary-General.

In the four previous votes, the best that Bokova has done was to place joint third. In the most recent vote, she was fifth.

Plevneliev told the UN General Assembly that in recent years, there has been growing support of the international community for ensuring equal opportunities for women and men in gaining access to senior decision-making positions, including the post of the UN Secretary-General.

“The relevant Resolution of the General Assembly stresses the need to ensure equal and fair distribution based on gender and geographical balance while meeting the highest possible requirements, on the appointment of the Secretary-General,” Plevneliev said.

“After eight male Secretaries-General the time has come for a capable and respectable woman from Eastern Europe to lead the United Nations. Bulgaria has a very strong candidate, a true leader with extensive experience in international relations and excellent management skills. A candidate who deserves your trust and support.” The latter sentence may be interpreted as referring to Bokova, though Plevneliev did not mention her name. Depending on developments from September 27, it could also apply to Georgieva.

Plevneliev did refer to Bokova specifically earlier in his speech, as he dwelt on themes related to the quest for international peace and the prevention of terrorism.

Prevention of radicalization is an essential part of the response, Plevneliev said.

He said that Bulgaria had adopted the required domestic legislation and has built the necessary institutional capacity.

“Education, protection of cultural heritage and upholding human rights will help us to deal with the reasons forcing individuals to join violent extremist groups.

“The role of UNESCO in those efforts is crucial. We commend the dedicated work and invaluable contribution of Mrs. Irina Bokova and her leadership in promoting education and intercultural dialogue globally. Her outstanding performance and strong commitment to the principles and purposes of the UN are fundamental for achieving sustainable progress and long-lasting results,” he said.

Meanwhile, recent days have seen no ringing endorsements of Bokova even among countries seen as her initial or potential backers.

On September 21, a spokesperson for China’s foreign ministry, asked to comment on reports regarding Beijing’s support for Bokova, said: “The UN Secretary-General, as the chief executive of the UN Secretariat which is one of the six major organs of the UN, carries important responsibilities and expectations of all countries.

“As a permanent member of the UN Security Council, we hope that a capable candidate who can earnestly fulfill the duties stipulated in the UN Charter can be elected pursuant to the UN Charter after a widely-based consultation.

“As you just mentioned, within the UN, the Security Council in particular, thorough discussions are underway on the next UN Secretary-General. China will work with other UN members to select a qualified and competent Secretary-General in a responsible spirit,” the spokesperson for the Chinese foreign ministry said.

In a notably brief statement, Moscow summed up the talks: “On September 20, Foreign Minister Sergey Lavrov met with UNESCO Director-General Irina Bokova on the sidelines of the 71st session of the UN General Assembly under way in New York. Ms Bokova is a candidate for the post of UN Secretary-General from Eastern Europe.

“Mr Lavrov and Ms Bokova discussed the progress in the selection process of the UN Secretary-General,” Russia’s foreign ministry said. 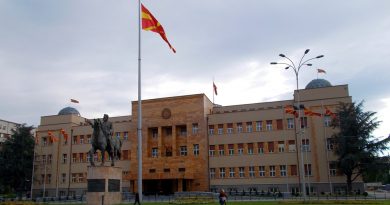 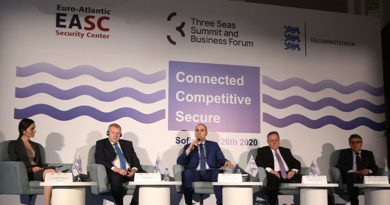 EASC’s Tsvetanov: Bulgaria should be active in the Three Seas Initiative