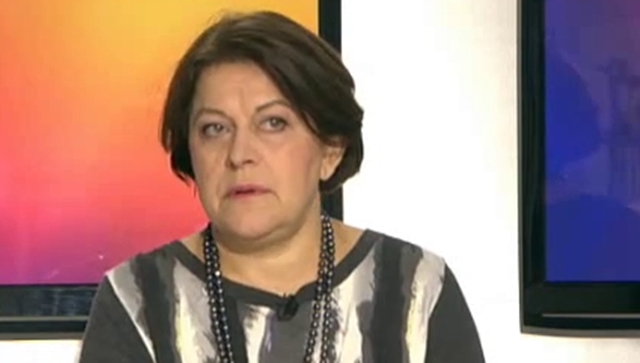 Movement 21 and the National Movement for Stability and Progress, two parties without seats in Bulgaria’s Parliament, have named Movement 21 founder and leader Tatyana Doncheva as their candidate in Bulgaria’s November 6 2016 presidential elections.

Doncheva (56), a lawyer, was a three-time MP for the Bulgarian Socialist Party, which she left to found Movement 21 in 2011.

In her earlier career, she was a prosecutor in the early 1990s at the Sofia City Prosecutor’s Office but was dismissed because of alleged political bias. The dismissal was seen as connected to her opposition to registering the Movement for Rights and Freedoms, founded by Ahmed Dogan, as a political party.

As a lawyer, her clients included controversial business group MultiGroup and a number of other corporations and insurance companies, according to Doncheva’s Wikipedia entry.

In 2005, she was the BSP candidate in the Sofia mayoral elections, losing in the second round to Boiko Borissov.

The National Movement Simeon II renamed itself the National Movement for Stability and Progress amid the ebbing of its political fortunes. While it won the 2001 elections and formed a government with a minority MRF informal participation, the party suffered a major reverse in 2005, going on to become a minority partner in a tripartite coalition government with the BSP and MRF. It currently has no seats in the National Assembly, having won none from 2009 onwards.

A September 8 report by Bulgarian National Radio quoted Doncheva as saying that Bulgaria needs proven leaders and highlighted as her priorities reforms of the justice and education systems and the military.

Although there are less than two months to Bulgaria’s November presidential elections, few parties and coalitions of significance have named candidates.

Prime Minister Boiko Borissov’s GERB party has said it will announce its candidate on October 2.

The BSP has nominated Roumen Radev and the Patriotic Front and Ataka have announced a joint ticket of Krassimir Karakachanov and Yavor Notev.

The centre-right Reformist Bloc is yet to name a candidate, and Georgi Purvanov’s ABC, while initially endorsing Radev, is to come up with its own candidate.