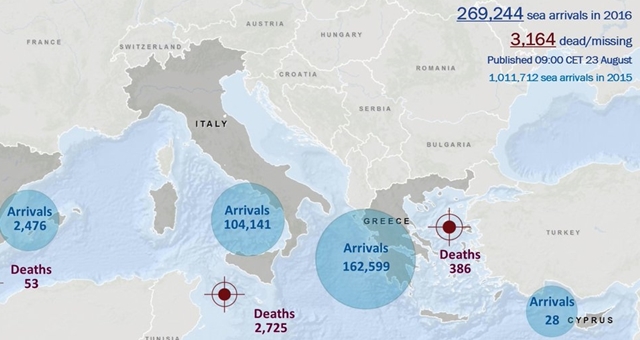 The number of migrants and refugees arriving in Bulgaria dropped sharply in the third week of August 2016, though the total for the month has passed the 1500 mark, going by figures released by the International Organization for Migration (IOM).

In a weekly update, IOM said that 216 migrants and refugees arrived in Bulgaria between August 14 and 21, a drop of 69 per cent compared with the previous week.

IOM said that since the start of 2016, the main nationalities of migrants and refugees arriving in Bulgaria were, in descending order, people from Afghanistan, Iraq and Syria.

A total of 3164 migrants and refugees were dead or missing after attempting to cross the Mediterranean to Europe so far in 2016, IOM said.