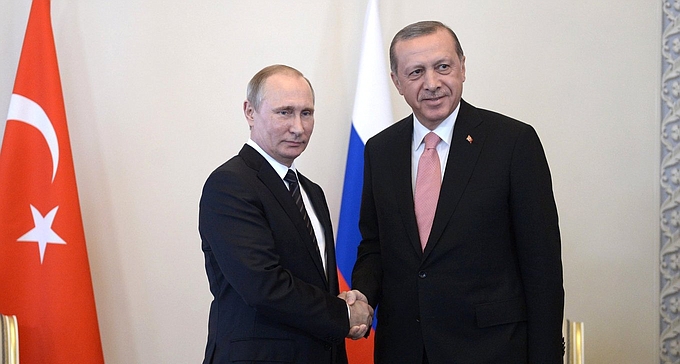 Russian president Vladimir Putin has agreed to work toward restoring full relations with Turkey, but said rebuilding trade ties will be time consuming. “Ahead of us lies painstaking work to resuscitate trade and economic cooperation. This process has already started but it will take some time,” Putin said on August 9 after meeting with Turkish president Recep Tayyip Erdogan in St Petersburg.

Erdogan said the two countries will restore their yearly bilaterial trade target of $100 billion and will speed up the resumption of charter flights from Russia to Turkey. The Turkish leader also said he is ready to build a natural gas pipeline with Russia and negotiate a deal to construct Turkey’s first nuclear power plant.

The two agreed to meet later to seek common ground over how to resolve the crisis in Syria. Turkey and Russia support opposing sides in the conflict.

Erdogan is turning to Russia after post-coup criticism from the West and in an effort to mend relations with Russia after Turkey shot down a Russian fighter plane along the Syrian border last year.

“Your visit today, despite a very difficult situation regarding domestic politics, indicates that we all want to restart dialogue and restore relations between Russia and Turkey,” Putin told Erdogan.

Alexander Baunov of the Carnegie Moscow Center said, “It is significant for both because both of them have to bargain hard with the West. Putin is about sanctions and about normalizing the relations, about bringing them more (to) business as usual.”

“Erdogan wants, of course, that after crushing the coup he is criticized too much by the Western politicians, journalists, and media,” Baunov added. “For him to bargain means to show that he can get closer to Russia and alienate himself from the West.”

Erodgan was livid after Western nations that condemned the coup attempt last month also criticized him over his massive crackdown in response to the putsch. Russia was quick to condemn the insurgents. More than 270 people died during the failed attempt by some elements of the military.

“So, what he decided, it’s some kind of his version of ‘pivot to the East,’ promoting the relations with such countries like Azerbaijan, Iran, Kazakhstan,” says Mizin.

But the relationship with Russia is the most important tactically, and not just for Turkey. “Now it’s very important (for Russia) to turn this country which was the spearhead of NATO against the Soviet Union in the past, and where so many intelligence assets or radars had been placed to monitor Russian military activity, to draw it back to Russia and to resume good relations,” says Mizin.

Jet downing
The face-to-face talks in St. Petersburg are expected to focus on restoring economic ties that were severed after Turkey’s F-16 shot down Russia’s SU-24, resulting in the deaths of one jet pilot and a rescue pilot killed during a recovery attempt.

The incident sparked finger-pointing, Russian sanctions, and fears of a wider conflict between Russia and the NATO member. Moscow accused Ankara of supporting terrorism while Turkey accused Russia of violating its airspace and bombing civilian targets inside Syria.

Russia imposed costly economic sanctions on Turkey, including banning Turkish food imports as well as Russian vacationers from visiting Turkey, striking a multi-billion dollar blow to the country and its important tourist trade.

But, a surprisingly fast rapprochement came in late June after Erdogan gave a long-demanded apology, expressing regret to the families of the two pilots in a letter to Putin. More recently, he accused the pilots of the Turkish F-16 of being involved in the coup. They were earlier arrested.

Political analysts say while Erdogan’s quick 180-degree turn was motivated by the economic damage caused by lost Russian trade, tensions with his Western allies in Europe and the United States have spurred the face-to-face meeting with Putin.

Some minority calls inside Turkey for Ankara to seek a strategic partnership with Russia to replace ties with the United States and the European Union are unlikely to gain ground.

“At the same time I think it would be unrealistic to think that Turkey could be banished or ousted from NATO as certain American experts, especially on the conservative side would suggest because, as I said, strategically, Turkey is too important,” says Mizin.

While progress in the talks is expected on economic issues, the conflict in Syria remains a sticking point. Russia’s bombing campaign in support of Syria’s President Bashar al-Assad had already put a chill on relations between Moscow and Ankara, which supports rebel groups in Syria’s five-year civil war and wants to see Assad leave power. 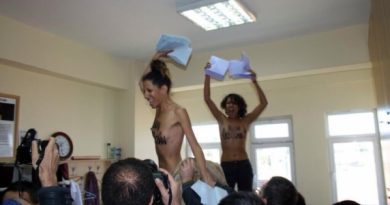