As many as a million people or more filled the streets of Istanbul, Turkey Sunday in a display of solidarity with Turkish President Tayyip Erdogan after last month’s aborted coup.

The mass rally, the largest some Turkish media said they have ever seen, marked an end of three weeks of nightly demonstrations since the July 15 aborted coup claimed the lives of more than 270 people, including 34 who helped plan the coup.

“We will continue on our road in solidarity,” said President Erdogan. “We will love each other not for rank or title, but for Allah.”

The rally on Istanbul’s Yenikapi square was planned by supporters of Erdogan’s Justice and Development Party (AKP).  Security was tight with about 15,000 police on hand and anti-aircraft equipment on the grounds.  Two helicopters circled above.  No official crowd estimate was given.

Erdogan also told the crowd he would sign legislation to reintroduce the death penalty if parliament approved a bill. The death penalty was abolished in Turkey in 2004 and the European Union (EU) has said reintroducing capital punishment would end the country’s chances of joining the 28 nation bloc.

Erdogan invited leaders of two of Turkey’s opposition parties to attend the rally. He did not invite the head of the pro-Kurdish People’s Democratic Party (HDP).

“July 15 has opened the door for our reconciliation,” said Republican People’s Party Chairman Kemal Kilicdaroglu. “If we can further this power … we will all be able to leave our children a great Turkey.”

Prime Minister Binali Yildirim prohibited the display of partisan slogans in an effort to promote unity.  “The spirit of one nation, one flag, one homeland and one state will prevail throughout the rally,” he said.

Organizers set up a 60 meter stage draped with massive national flags and banners representing Erdogan and Turkey’s founding father, Mustafa Kemal Ataturk. The rally was broadcast on giant screens throughout the country and thousands gathered to watch in major cities.

“As a state and as a nation we need to analyze the July 15 coup attempt very well,” Erdogan said. “We need to evaluate well not just those who engatged in this  treachery, but the powers behind them, the motives that made them take action.”

Turks and Turkish Americans are also demonstrating Sunday on a smaller scale in Washington, D.C., New York City, and Saylorsburg, Pennsylvania.  Saylorsburg is the home of Islamic cleric Fethullah Gulen, who Erdogan accuses of masterminding the failed coup.

Gulen, who moved to Pennsylvania in the late 1990’s, has denied Turkey’s claims he was involved and hopes to avoid its efforts to extradite him.

The Turkish government launched an aggressive crackdown after the coup.  It has arrested and detained nearly 18,000 people, mostly members of the military, and suspended or dismissed tens of thousands of people from jobs in many government agencies.

The crackdown has prompted some European countries and rights groups to urge restraint.  Erdogan has responded with complaints about the lack of Western support for his government for surviving the attempt to oust him.

In an interview Sunday with Russia’s Tass News Agency, Erdogan said he plans to meet this week with Russian President Vladimir Putin to discuss bilaterial relations. Tass reported the two leaders will meet in the Russian city of Saint Petersburg in an attempt to ease tensions after Turkey shot down a Russian fighter jet near the Syrian border last November. Russia responded by imposing trade sanctions against Turkey. 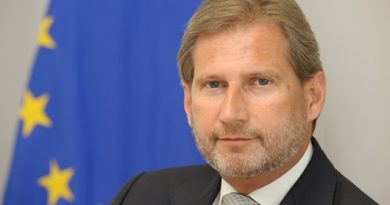 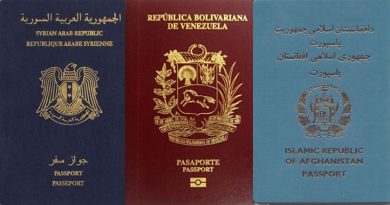