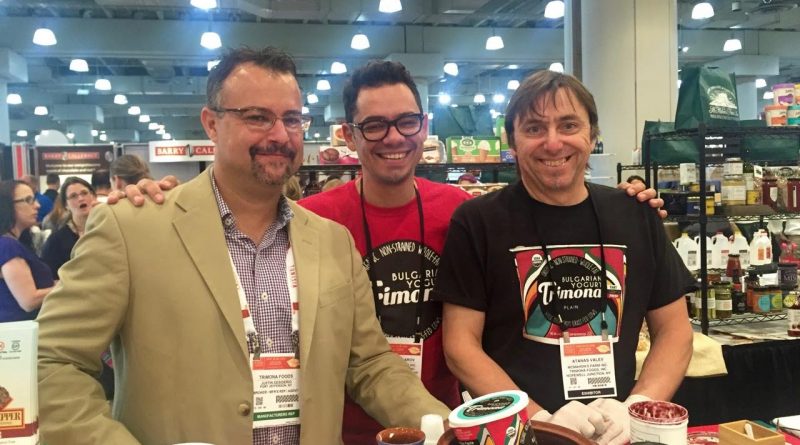 Bulgarian milk products are carving out their place on the US market. The annual Summer Fancy Food Show, which took place at the Javits Center in New York City from June 26 to 28, is said to be North America’s largest trade congress dedicated to speciality foods and beverages. In 2016, among the more than 2670 exhibiting companies from around the world, were two booths presenting Bulgarian goods.

One of these exhibitors travelled from Bulgaria: the National Association Of Milk Processors, representing four dairy companies from around the country (Zemeneia Dairy from Zemen, Karabunar Dairy, Matand Dairy Products from Eleshnitsa and BMK Trakiya Milk Haskovo). This was the second year for the association to have had a booth.

The other exhibitor’s origins were in Bulgaria—via a hardy yoghurt culture that traversed the ocean in 1991; it has been, since 2012, a legal US enterprise, in the form of Trimona Yogurt. Atanas Valev, founder of Trimona and the man who brought the two jars of yoghurt with him when moving to the States 15 years ago, has been participating in the Summer Fancy Food Show since 2014.

Having attended the SFFS to represent the milk processors association these past two years, Kristian Nikolov, the sales and quality control manager at Zemeneia Dairy, told The Sofia Globe that he was glad to return to the show, “to establish more connections, to show consistency and determination, and that we have serious intentions”. Also, due to some questionable practices in other countries where feta- and sirene-style cheeses were found to having been made without any milk whatsoever, “we had to come here to reaffirm [Bulgaria’s] position. Bit by bit, we’re succeeding” in re-establishing the country’s good name.

He said that in 2015, as concerned the cheeses and spreads (including lyutenitsa) that the association had presented, “feedback was almost 100 per cent positive”, while on the B2B side, “we were expecting more, but we had some serious interest”, with one contact even coming out to visit them in Bulgaria.

Ivo Konstantinov, economic counsellor at the Bulgarian embassy in Washington DC, who has been instrumental in securing the presence of the milk processors association at the Summer Fancy Food Show these past two years, told The Sofia Globe that the event was “successful” and that the association made a lot of contacts and negotiated product and joint marketing integration between feta cheese and additional flavours and products”.

As compared with last year, Velizar Velizarov, deputy manager for sales, quality control and technology at Matand Dairy, said that thanks to the better position of the association’s booth in 2016, they were seeing more unpremeditated foot traffic. This year, a significant number of booth-visitors knew “a bit” about Bulgaria, or had heard that Bulgarian cheese was good, he said, noting that it was mainly New Yorkers who were better informed.

Matand’s cheeses benefit from established distribution in the New York area, and its large-scale tins of goat- or sheep-milk sirene and blocks of kashkaval are often sighted in ethnic and speciality markets in the region. (Cow-milk cheeses are subject to strict import quotas by the US, so most Bulgarian dairies focus on other ruminants.)

Zemeneia Dairy’s main product, yoghurt, is not exported because of its short shelf life, so Nikolov was “really excited” to be able to shake hands with Trimona’s founder, Valev.

For Valev, who started participating in the SFFS when he secured a regional wholesaler distributor, McMahon’s Farm, for his Trimona Yogurt, the trade congress is the place where “we in the industry meet”. Over the years, he’s learnt that it is an event not where things are sold, per se, but where deals are made.

His unsweetened yoghurt, made in the Bulgarian style, thus unstrained and slightly tangy, is made with organic milk from cows pasture-raised in upstate New York. It has been winning attention from retail chains like Whole Foods, whom he met at the show in 2015, and regional supermarkets that are shifting over to a more natural selection in their food offerings. Such was one whom he met this year, though Valev preferred to wait till a partnership was confirmed before citing the name.

Nikolov and Velizarov of the National Association Of Milk Processors said that they would be bringing back home more than business cards. Citing a US goat farm that was showing a goat-milk mozzarella-like cheese, some fruit producers with extracts in flavours like strawberry and blueberry that would be good for Bulgarian yoghurts, and a gelato-maker that had a memory-worthy pistachio scoop, they said that what was most valuable for them was inedible.

“It’s the marketing, how people market their products, how you must design your booth,” Nikolov said. “That’s probably the most important [thing we learnt here]. We found a contact to design our booth for next year.”

Valev, well-established with US marketing experience and good product placement already, shares a more vetted perspective: “It’s fun to see the rising stars” of speciality foods from around the world, he said. “This is where it all starts.”

FDI in Bulgaria in January-May was 302.6M euro 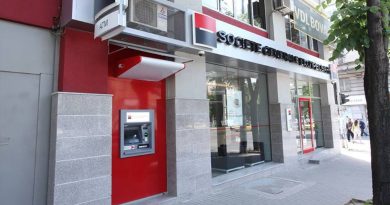