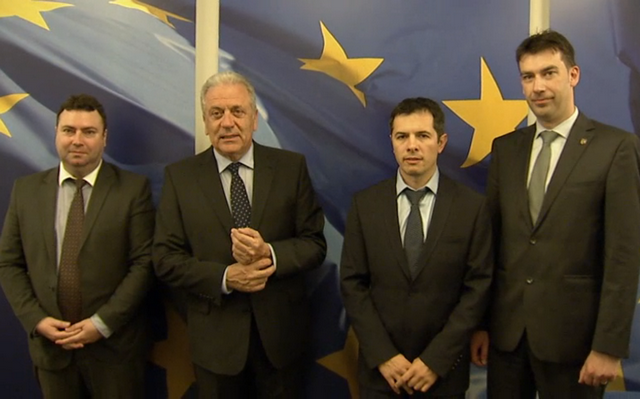 Canadian technical experts will visit Bulgaria at the end of July 2016, after visiting Romania last month, as a part of the process of discussions on the possibility of Ottawa lifting visa requirements for Bulgarians and Romanians.

Canadian immigration minister John McCallum has undertaken “to inform European partners in early autumn on the outcomes of the assessments and timelines for visa liftings, including the necessary elements of cooperation by Romania and Bulgaria”.

Bulgaria and Romania are pressing Canada to remove visa requirements for their citizens. They are alone among EU countries in Canada requiring visas. Sofia and Bucharest have indicated that unless the visa requirements are removed, they could block an EU-Canada trade deal.

In a joint statement after the July 11 talks, Avramopoulos and McCallum said that as a follow-up to May 23 talks between them, “we were very pleased to continue our productive dialogue on visa issues”.

“We discussed the visit that Canadian technical experts undertook to Romania last month, as well as the similar visit to Bulgaria, which is planned for the end of July. Minister McCallum thanked the governments of Romania and Bulgaria for their continued collaboration in supporting the assessment process, which is expected to be completed this summer. Commissioner Avramopoulos reiterated that the objective of the European Union is full visa reciprocity for all its member states,” the joint statement said.